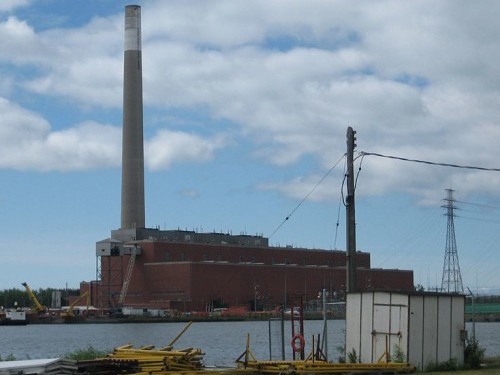 Scientists and health professionals are pushing back after the Vancouver-based Fraser Institute issued a report last week claiming that Ontario’s historic coal phaseout made only a small contribution to air quality in the province.

Among credible researchers and advocates, the phaseout is recognized as a landmark victory, the biggest greenhouse gas reduction North America has seen to date, the equivalent of taking seven million cars off the road.

The University of Guelph’s Ross McKitrick and Fraser senior economist Elmira Aliakbari concluded the air quality improvements were small and could have been achieved by other means. But air quality specialists warned against taking that conclusion seriously.

“Decisions shouldn’t be made on this analysis,” declared chemical engineer Greg Evans, director of the Southern Ontario Centre for Atmospheric Aerosol Research. “I find the report rather disappointing,” he added, charging that the Fraser researchers’ “simplistic” approach to examining a “fairly complicated” system led to “flawed” results.

Evans acknowledged there are questions about the benefits of the coal phaseout—the reality, he said, is that some aspects of the province’s air quality have improved, while others have declined.

“There are still open questions that should be looked at, but they should be looked at properly,” he said. The Fraser researchers, by contrast, “don’t seem to understand the chemistry in the atmosphere, so they’re coming up with things that are really either incorrect assumptions or physically not meaningful.”

For example, the study said coal only accounted for a small share of Ontario’s particulate pollution. “But it’s based on the assumption that particulate matter is just what comes out of the smokestack, when most particulate mass is actually created by chemical reactions in the atmosphere,” iPolitics reports, citing Evans. “The authors also should have examined how gases coming out of the coal stack transform in the environment, which is a more complicated variable.”

In a blistering blog post last week, Canadian Association of Physicians for the Environment (CAPE) Executive Director Kim Perrotta said the Fraser study contained “a number of statements about pollution, health care benefits, and coal plants that are incorrect or misleading.” It notes that Ontario’s five coal plants were responsible for 23% of the province’s sulphur dioxide, 14% of its nitrogen oxide, 23% of its airborne mercury, and 20% of its greenhouse gas emissions, while contributing to the formation of fine particulate matter (PM2.5) linked to heart disease and lung cancer.

“Using methodologies that were well-accepted in other jurisdictions, Ontario estimated that air pollution from its coal plants was responsible for over 600 premature deaths, 900 hospital admissions, and 1,000 emergency room visits each year,” Perrotta notes. “These health impacts were valued at $3 billion per year.”

Moreover, “with the evidence of catastrophic climate change mounting daily, the need to modernize Canada’s electricity sector has never been more clear. With the costs of renewable technologies dropping, the opportunity to transform our economy has never been greater.”

One of the former coal facilities, the 1,200-MW Hearn Generating Station, was put to much healthier, more productive use last summer, when singer-songwriter Rufus Wainwright led a 1,500 voice choir in a rendition of Leonard Cohen’s Hallelujah during Toronto’s Luminato Festival.