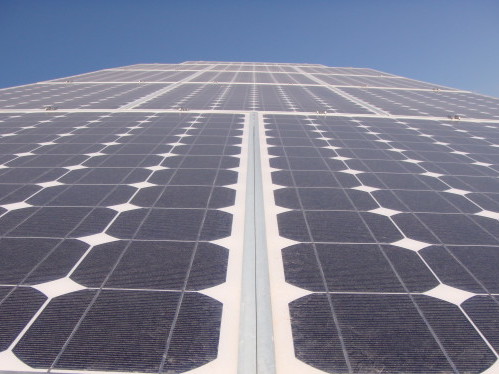 Two prominent Mexican academics have a response to U.S. president-elect Donald Trump’s proposal to build a wall along America’s southern border: Bring it on! But make it solar.

Homero Aridjis, a former Mexican ambassador to UNESCO, and James Ramey, a member of Mexico’s National System of Researchers based at its largest university in Mexico City, argue on the Huffington Post that a wall of solar panels running just south of the U.S. border would provide a triple win: tighter frontier security, energy export sales for Mexico, and clean, cheap power for major American centres from California to Texas.

“Sunlight in the northern deserts of Mexico is more intense than in the U.S. Southwest,” the pair argue, “because of the lower latitude and more favourable cloud patterns. And construction and maintenance costs for solar plants in Mexico are substantially lower. Such plants along the Mexican side of the border could power cities on both sides faster and more cheaply than similar arrays built north of the border.”

And, they add, “since solar plants use security measures to keep intruders out, the solar border would serve as a de facto virtual fence, reducing porousness of the border while producing major economic, environmental, and security benefits on both sides.”

In Mexico, meanwhile, “the solar border would create a New Deal-like source of high-tech construction and technology jobs all along the border, which could absorb a significant number of would-be migrant workers on their way to cross into the U.S. illegally.” The solar output would also help Mexico reach its goal of achieving 35% renewable electricity generation by 2024.

While the idea may have a far-fetched air, Mexico is actively deregulating and restructuring its former state electricity monopoly to usher in what it hopes will be a new era of more competitive, innovative electrical supply. “We are past the point of return,” César Emiliano Hernández Ochoa, undersecretary of electricity for the Mexican Ministry of Energy, said at a recent symposium covered by Power magazine. “The reforms are well under way, and the country is seeing some unprecedented changes.”

Some 26% of Mexico’s electricity currently comes from clean generation, Hernández Ochoa, said. Of the rest, nearly 36% is combined cycle natural gas, 20% fuel oil and gas steam, and 9% coal. However, low-cost solar has won as much as 74% of Mexico’s recent supply auctions, followed closely by wind power.

And “one area of focus,” Power magazine writes, “continues to be cross-border interconnections with the U.S.” Cross-border power sales now occur mainly into California and Texas, but Hernández Ochoa’s agency “projects that new interconnections of 6,000 MW could produce an annual net savings of between $125 million to $300 million.”