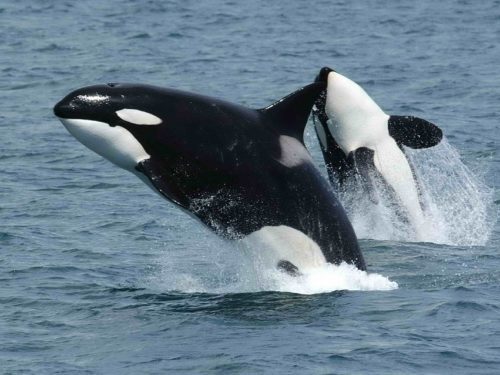 As the first wave of coverage and reaction began to give way to more thoughtful media analysis, several news stories over the last couple of days have questioned whether Canada can meet its carbon, climate, or conservation targets now that the federal Cabinet has approved the Trans Mountain and Line 3 pipelines—and whether Prime Minister Justin Trudeau is making the mistake of his political career by championing new fossil infrastructure.

A CBC analysis yesterday contrasts the pipeline announcement with Trudeau’s triumphant statements to last year’s United Nations climate conference Paris and warns that “without an unforeseen government intervention to put us back on course, Canada’s Paris climate commitments could go up in smoke.” A year ago this week at Paris’ Le Bourget conference centre, the PM declared that “Canada is back”, adding that countries had an “opportunity to make history” by adopting a global climate agreement. This week in Ottawa, he admonished that “there isn’t a country in the world that would find billions of barrels of oil and leave it in the ground, while there is a market for it.”

Which raises two fundamental questions, as posed by CBC: “How can Canada be an oil sands producer and climate leader at the same time? And more importantly, how can it meet its commitments on both climate change and oil production?”

The report cites University of British Columbia climate scientist Simon Donner to put the country’s greenhouse gas emissions in perspective. The fossil industry likes to point out that Canada’s greenhouse gas emissions only account for 2% of the world’s total. But Donner noted that’s four times the available carbon output for a country that has only 0.5% of the world’s population.

“The rest of the world is not going to agree with that 2% budget,” said Donner, just a couple of weeks after he returned from the UN climate conference in Marrakech. “Canada’s going to have to restrict its emissions even more, and that makes going ahead with the Trans Mountain expansion look crazy. We’re definitely going to blow the budget.”

In the Globe and Mail, meanwhile, UBC political scientist Kathryn Harrison takes issue with Trudeau’s version of the oft-cited assurance that there is no contradiction between a strong economy and a healthy environment. “It is true that a prosperous economy and a healthy environment can go hand in hand,” she writes. “However, it does not follow that every prosperous economy is also environmentally sustainable. There are reasons to question both the environmental and economic reassurances offered by the Prime Minister.”

Donner and Harrison both point to fossil fuel extraction as the main factor impeding Canada’s progress toward a Harper-era carbon reduction target that both Trudeau and Environment and Climate Minister Catherine McKenna have declared a floor, not a ceiling, for the country’s climate ambition. To meet even that inadequate target, Donner says other sectors of the Canadian economy would have to cut their carbon output 35 to 38% to make room for higher fossil emissions. Harrison calls federal and provincial carbon cuts to date “laudable”, but cautions that “the leading obstacle is concurrent growth in extractive emissions from the oil and gas industry, which is facilitated by new pipeline infrastructure. The emissions increase from the oil sector allowed within the Alberta climate plan will more than offset the reductions by 2030 from a $50 national carbon price.”

On CBC, Calgary economist Trevor Tombe said it would take a carbon tax of $130 per tonne to shift investment away from the newly-approved fossil projects.

One of Trudeau’s other big promises last year was that his government would base its decisions on the best available science, and this week, the PM and his cabinet repeated the claim that the pipeline decision had science on its side, the National Observer reports. “The problem is that some scientists say the evidence flies in the face of what Trudeau called a safe project,” The Observer notes. “In fact, they say there is very little published evidence in the scientific literature about bitumen to back up the prime minister’s claims.”

The paper points to limited data on the effects of diluted bitumen in water as one of the most glaring gaps in the research. “It’s hard to imagine that the federal government decision could be based on science, just when we’ve found that in many cases, there’s very little science to base those decisions upon,” said Simon Fraser University biological scientist Wendy Palen, co-founder of SFU’s Earth to Ocean Research Group and co-author of a forthcoming paper in the journal Frontiers in Ecology and the Environment.

Citing Palen and her colleagues, the Observer’s Mike De Souza warns that “scientists don’t even know the chemical composition of the different varieties of the toxic liquid diluent when it is added to bitumen to help it flow through a pipeline, because it is considered a trade secret of industry. This would make it hard for any expert to figure out how to clean up a spill in the ocean. It would also make it difficult to objectively evaluate a company’s spill response plan.”

Natural Resources Minister and GreenPAC endorsee Jim Carr sought to resolve that inconvenience by contending that “there are scientific opinions that don’t agree, one to the other. We’re satisfied that the scientific evidence that was available to the government in advance of this decision was good evidence and sufficient to make a good judgment.” (Editor’s note: Precautionary Principle much?)

Dalhousie University post-doctoral conservation scientist Caroline Fox stressed the extreme risk the increase in tanker traffic due to the Kinder Morgan pipeline expansion will pose for orca whales off the British Columbia coast, noting that the company’s plan to mitigate the risk is still unclear. “We’d like to see that information and science in full,” she told De Souza. “It’s pretty difficult to comment on mitigation strategies that you can’t fully examine.”

Raincoast Conservation Society biologist Misty MacDuffee said the project represents “the probable approval of the extinction of the Southern Resident killer whale population,” Maclean’s reports, explaining that additional underwater noise due to a seven-fold increase in tanker traffic would make it impossible for the marine mammals to hunt. The weekly newsmagazine compared the sound levels to a Megadeth concert. Former Liberal cabinet minister said that wrenching loss will cost Trudeau’s government Parliamentary seats in B.C. that it won’t be able to make up in Alberta. And ex-B.C. premier Mike Harcourt warned of what Maclean’s calls “Clayoquot 2.0”, predicting that Trudeau will face “insurrection” over the Kinder Morgan decision.

But analysts are already arguing that Trudeau put his own political capital behind the pipelines when he announced the cabinet decision himself, rather than leaving it to Carr and McKenna. And Alberta appears to have been very much in the PM’s mind as he weighed the Kinder Morgan approval.

“In making the most contentious decision in the short life of his government, Prime Minister Justin Trudeau gave Alberta Premier Rachel Notley the biggest victory in the brief life of hers,” observes the Globe’s Gary Mason.

“The project gives Ms. Notley’s centre-left New Democratic Party something successive Progressive Conservative administrations in Alberta couldn’t accomplish over the decade a Conservative government was in control in Ottawa,” he writes. “No wonder Ms. Notley was so jubilant over the news: Her long-term political survival depended on it. For her opponents, it is the most bitter of pills to swallow.”

For Notley, the federal decision vindicates “a wide-ranging climate change plan, which opened her up to damaging attacks that scored with the public,” Mason writes. For the federal Liberals, “it makes Mr. Trudeau look like he is rewarding a jurisdiction that introduced bold (see unpopular) reformist environmental measures in the name of the greater good.”

The Calgary-based Pembina Institute responded to that reality by calling on Ottawa to complete its pan-Canadian climate plan. “The last year has seen important advances in Albertan and federal climate policy. However, today’s approvals put a spotlight on the fact that the country isn’t doing its fair share in the battle against climate change in the absence of a credible pan-Canadian plan to cut carbon pollution and accelerate clean growth,” said Executive Director Ed Whittingham.

Kinder Morgan and Line 3, along with U.S. President-elect Donald Trump’s musings about approving the Keystone XL pipeline, could test the emissions cap that is a centerpiece of Alberta’s climate strategy, Whittingham noted. “That cap must be enforced as a core element of Alberta’s climate plan, and cannot rely on industry having to make implausible improvements in environmental performance to fit under the cap,” he stressed. More broadly, “Canada’s economic development plans need to focus on taking advantage of growing demand for clean technology to ensure that our economy is competitive and resilient over the long term.”

But even as the country weighs this week’s decision, and climate and energy hawks gear up for months or years of opposition, analysts say even a major, controversial infrastructure decision won’t be enough to get Canada’s ailing fossil industry back on its feet.

“The two approvals were welcomed by the oil industry, which has pushed for years for new capacity,” Reuters reports. “But without a sustained improvement in the crude price, Canada’s oil sands, which hold the world’s third-largest crude reserves and produce about 2.4 million barrels per day, will struggle to expand significantly beyond the new projects already under construction.”