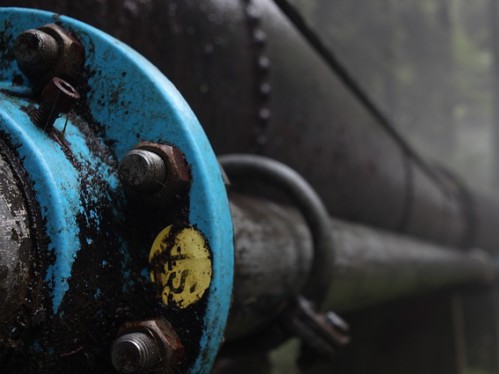 “We’re nowhere near yes yet,” Anderson told the Greater Vancouver Board of Trade last Thursday, in the same speech where he delivered his now-infamous comments on not being smart enough to sort out the supposed “two sides” to climate science. He added that “a decision on the pipeline is not unrelated to carbon policy announcements.”

While Anderson’s flirtation with climate denial caught the headlines, the mini-media storm missed his more substantive comments on the years and process still to follow if the Trudeau cabinet allows the controversial project to proceed.

“Even if the project gets the green light from Ottawa,” JWN Energy reports, “it will take about three more years just to meet all the regulatory requirements and lay the groundwork for the project—and that’s only if Kinder Morgan’s shareholders agree to make a final investment decision.”

JWN notes that “since Kinder Morgan acquired the Trans Mountain pipeline in 2005, there have been four spills along the B.C. corridor—the largest being a 250,000-litre crude oil spill into Burrard Inlet, after a road crew ruptured a pipeline in 2007.”