West Coast Waves Are a Swell Source of Electricity 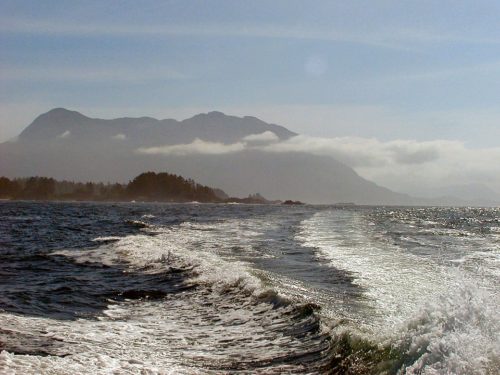 Imagine a “a two or three-storey building coming at you,” and you have some idea of the energy potential of waves off the west coast of Vancouver Island, say researchers at the University of Victoria.

“Wave power is different from tidal power generation,” notes CBC News. “It uses the oscillations in a wave to drive a turbine, compared to tidal power’s use of a steady tidal current to drive uniform rotation of a turbine.”

But with winter storm waves measured as high as 14 to 15 meters off the mid-island port of Ucluelet, the area holds a “world-class resource for future wave energy development,” CBC reports. “You’re not going to find very many locations that are better,” UVic’s Brad Buckham told the national broadcaster.

Researchers from Buckham’s team have been collecting wave data at various sites along the British Columbia coastline since 2007. Tethered buoys that measure wave height “give you a high-fidelity picture of the waves at those specific locations,” the scientist said.

Yet despite the enormous potential, Buckham said he was unaware of any immediate commercial interest in harnessing B.C.’s waves. He cited competition from what CBC News described as “relatively clean hydroelectric generation” on land for suppressing interest in “a transformative technology such as wave power.”

In fact, however, critics have slammed the province’s latest terrestrial hydro development, at Site C on the Peace River, as unnecessary, wasteful of farmland, damaging to habitats, far from ‘clean and green’, and far more expensive than renewable and other alternatives.