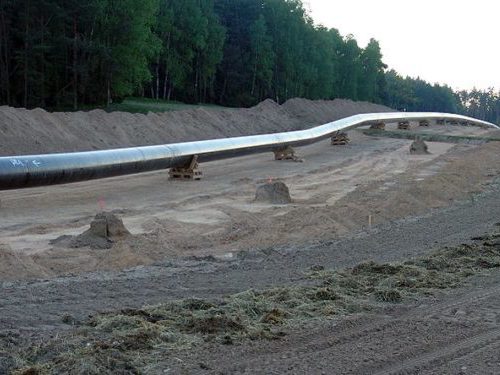 The Canadian government must conduct a cumulative health impact assessment on Kinder Morgan’s controversial Trans Mountain pipeline expansion project before deciding whether to approve the project, according to a report released this week by Stand.earth.

“The Kinder Morgan pipeline would not only double the number of fuel storage tanks, creating an unacceptable risk to peoples’ health from fire,” said Simon Fraser University’s Dr. Tim Takaro. “A rupture or spill could spread toxins into the community, causing acute and long-term health effects from asthma to cancer.” He added that “the cumulative health impacts of the Kinder Morgan pipeline need to be evaluated, and not by the company, before any rational decision can be made.”

“As a pediatric emergency physician, I am concerned about the children who live near the Kinder Morgan pipeline,” said Dr. Curtis Lavoie of Ottawa. “Shipping toxic diluent through their neighbourhoods creates an unacceptable health risk. We need an independent, cumulative health impact assessment of the risks before we take this leap.”

The report points to a “triple threat” for communities along the pipeline and tanker route: routine toxic exposures from the Kinder Morgan tank farm and pumping station, dangerous levels of carcinogenic benzene gas and other toxics in the event of a spill or a leak, and climate impacts due to the increased production and use of diluted bitumen from Canada’s tar sands/oil sands.

“As an MD serving a patient population coping with temperatures two to three degrees warmer than in the 1950s, I can tell you that climate impacts are real,” said Yellowknife physician Dr. Courtney Howard. “My patients describe dangerous unstable ice, food shortages from declines in caribou, and stress from dealing with the changes they have seen in the landscape.” Against that experience, “approving the Kinder Morgan pipeline expansion would be a dangerous step away from the healthy climate we need to leave our kids.”

“Human health impacts are distressing and have been overlooked in the assessment of this pipeline proposal,” said Stand National Director Karen Mahon. “Neither the National Energy Board nor any other independent review has looked at health impacts when considering bringing bitumen through Vancouver’s harbour.”