Fact Check: No, There Isn’t ‘A Thing Called Clean Coal’ 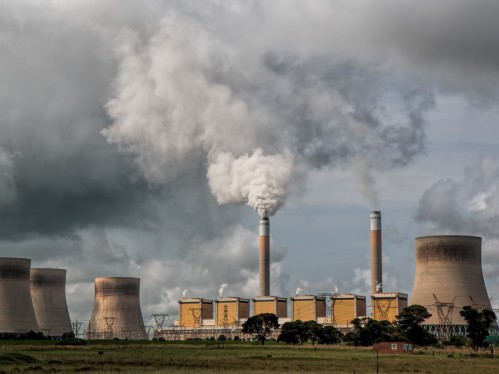 Between hurling accusations at Democratic presidential nominee Hillary Clinton and looming menacingly behind her as she spoke Sunday night, Republican candidate Donald Trump took a moment near the end of the second U.S. presidential debate to declare: “There is a thing called clean coal.”

Just one thing, Bloomberg objects: “There isn’t—and won’t be for a considerable time, if ever.”

The claim that “when you look at the newest [coal] plants, there’s hardly any emissions coming out of them at all,” is one that’s also been made by Robin Campbell, president of and chief lobbyist for the Coal Association of Canada—a role which has attracted ethics complaints against the former Alberta finance minister.

But Bloomberg’s editorial board notes that the promotion of “clean” coal relies on confidence in carbon capture and storage technology that draws carbon dioxide emissions out of coal plants’ exhaust flues and sequesters it where it cannot be released to the atmosphere, usually deep underground.

While that technology exists, Bloomberg observes, it has struggled to demonstrate it can be deployed at a viable cost. “The one U.S. plant that’s being designed to use carbon capture is two years behind schedule and US$4 billion over budget,” the editors write. “A similar, heavily subsidized project in Saskatchewan has demonstrated that outfitting the world’s power stations with the technology could cost upward of US$17 trillion.”

Meanwhile, Trump’s other claim, that coal jobs could be revived by reducing regulatory oversight, is “simply wrong,” the business news agency asserts. A variety of market factors—including falling prices for renewable energy and ample natural gas, on top of mounting climate constraints—have tipped the field decisively against coal.

“By insisting otherwise, Trump betrays the coal miners,” Bloomberg concludes. The same might be suggested to Campbell’s Coal Association of Canada.