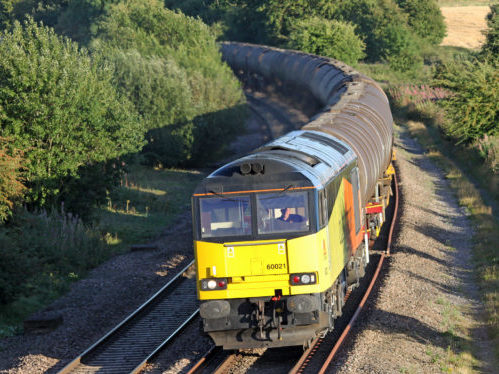 The National Energy Board’s recent contention that oil-by-rail shipments could increase tenfold [2] by 2041 shows how badly the federal agency needs to improve its analysis and expand its modelling to consider a wider range of energy futures, The Energy Mix curator Mitchell Beer argues in a recent post on iPolitics.

In its September 21 appearance before the Senate Transport and Communications Committee, the Board “trotted out alarmist statistics and scenarios that could draw committee members to just one, increasingly tenuous conclusion: that Canada’s only option is to approve new pipelines to get the country’s landlocked oil sands resources to tidewater,” Beer writes.

“But the Board’s message sidesteps a half-dozen inconvenient truths that are rapidly destroying the business case for expanded oil and gas production—in Canada and pretty much everywhere else. Those same realities give momentum to the push for a post-carbon economy, and the many millions of jobs that future will deliver.”

Beer cites two milestones that occurred in the week the NEB presented—the moment when the Paris Agreement received [4] ratifications from more than 55 countries, and the Oil Change International report [5]pointing to the limited atmospheric space for future greenhouse gas emissions—that showed the gap between the Board’s projections and the realities of a carbon-constrained world.

“The Board should still model a fossil economy in which oil-by-rail grows tenfold in the next 25 years,” he writes. But “it should compare and contrast that future with a scenario in which the country phases out its fossil industries, rapidly and drastically reduces its climate-busting carbon emissions, boosts its clean energy industries, and ushers in a new era of jobs and economic prosperity.”

But that would call for “a modelling process that digs deeply enough and reports honestly enough to consider options that might rock the Board and its current brain trust to their very core.”