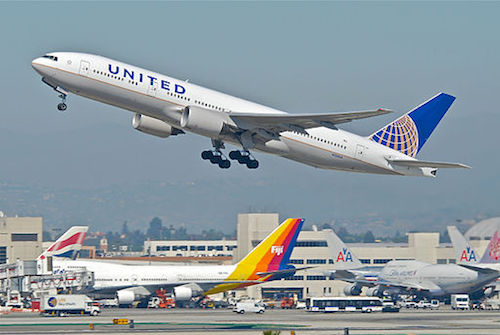 There are serious flaws in the (constant) argument that if climate activists are so committed to their work, they should stop travelling by air, University of Cumbria professor Jem Bendell wrote last spring on the Transformation blog.

“Is it hypocritical of environmentalists to fly?” he asks. “Not necessarily: in fact, I’ve come to see critiques of flying as sometimes misguided and even counter-productive. That’s because not flying isn’t an effective way…to combat the causes of environmental degradation and climate change.”

Bendell lays out three false assumptions that fail to reflect the scope of the climate crisis or the steps that are needed to address it: the idea that personal behaviour and voluntary action are enough to solve the problem, the failure to ask what air travel users do with their emissions, and the temptation to confront climate change as consumers, rather than citizens.

“Significant reductions can only come about through political activity that transforms the economic systems that drive up pollution,” he writes. “My argument isn’t that there’s no point in reducing personal carbon emissions,” but rather that “focusing on this approach can distract attention from exploring other solutions that really matter.”

He adds that it makes no sense to suggest that everyone should have the same carbon footprint, citing first responders as a group that clearly needs more. “My own work focuses on promoting more effective leadership on sustainable development, including the systemic drivers of climate change like misplaced investments and destructive monetary systems,” he notes. “The travel I do is crucial for that work.”

If it would help secure global agreement on carbon taxes enforceable under global trade treaties, “hypothetically, I might even spend a year on a jumbo jet.”

Ultimately, “reviving our self-identity as active citizens is a key challenge of the times,” Bendell says. “But this aspect of freedom through collective action is often marginalized in public discussions because individualist notions of freedom as self-expression are so dominant in liberal societies.” Reversing that cultural deficit “may require more flying, not less, so that people can learn from, support, and connect with each other.”