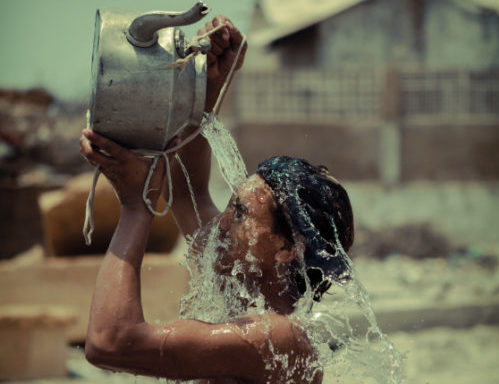 When temperatures rise, people die, New York Times columnist Nicholas Kristof writes in a post that begins by critiquing the climate change denial that has permeated some corners of the U.S. presidential campaign.

In climate change research to date, “the focus has been on rising seas, more intense hurricanes, acidification of oceans, drought, and crop failures,” he writes. “But new studies are finding that some of the most important effects will be directly on our bodies and minds.”

Citing a “clever new working paper” by Harvard Ph.D. economics student Jisung Park, Kristof notes that a New York City student who writes the state college entrance exam in 90°F heat has a 12% better chance of failing than if the temperature had been 72°. “Likewise, Park finds that when a school year has an unusual number of hot days, students do worse at the end of the year on their Regents exams, presumably because they’ve learned less.”

And that’s not the only impact.

In India, “a rise of 1.8°F in average daily temperatures leads to a 10% increase in the annual mortality rate,” Kristof writes. “Even a single extra hot day leads to a noticeable jump in mortality.” In the U.S., as well, “a single day above 90° increases the monthly mortality rate by more than 1%.”