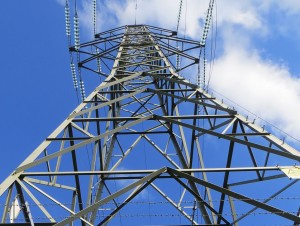 After months of criticism both partisan and non, Ontario Premier Kathleen Wynne issued an olive branch Monday to consumers fuming over high electricity bills, in a Throne Speech that promised to rebate the provincial portion of Ontario’s harmonized sales tax (HST) on electricity bills.

In a manoeuvre to avoid having to renegotiate the provincial HST with the federal government, the rebate will be styled a subsidy and appear as such on hydro bills. The effect, however, will be to “save the average consumer about $130 a year,” the National Post reports, citing government estimates. “Rural consumers, who face steep transmission charges, will be offered additional relief, which could save as much as $45 a month when combined with HST savings.” Other relief will be offered to industrial power consumers.

“The move will cost the government upwards of $1 billion a year in foregone revenue,” the Post observes, “almost exactly the amount it saved by ending the previous Ontario Clean Energy Benefit, which saved consumers about 10% a month on their bills.”

Opposition leaders pounced on the concession. “I don’t think the HST should have been on the bills in the first place,” said NDP leader Andrea Horwath, urging the Liberals to remove the HST from energy bills permanently rather than offering what may be a temporary rebate. Conservative leader Patrick Brown called the measure a “Band-Aid solution” that came “too little, too late” on the heels of a decade of “failed policies.”

Wynne has also sought to downplay the costs of her government’s ambitious climate plan, most recently by extending its planned common carbon market with Quebec to include Mexico.