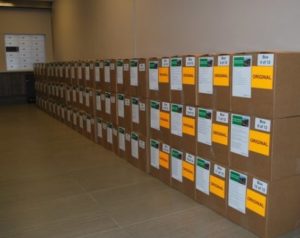 In a dramatic development that spells delays for TransCanada’s Energy East pipeline and continuing chaos for Canada’s National Energy Board, all three panelists have voluntarily recused themselves from the NEB’s hearings on the controversial, $16-billion diluted bitumen megaproject.

In a late-afternoon release Friday, the NEB also announced that it is limiting the duties of embattled Board Chair Peter Watson and Vice-Chair Lyne Mercier, one of the three now-recused panelists. They will both withdraw from their normal role in appointing a replacement panel.

“This is a highly unusual step,” the NEB’s Energy East Process Advisor Team said of the recusals, in an email update to stakeholders. “We are not aware of any instance in the past where a Hearing Panel has stepped down. Ultimately, however, this is the right thing to do. Canadians deserve to have confidence that decisions made by the Board are free of apprehension of bias or any perceived conflict of interest.”

The NEB release—published after working hours in more easterly time zones—set off an immediate flurry of reaction from Canadian climate and energy organizations involved with the hearings, many of which have already devoted years and thousands of hours to analyzing and advocating against Energy East.

“Canadians, together, have made sure these recusal decisions happened,” Manitoba Wildlands Director Gaile Whelan Enns told The Energy Mix. “Now, a new Energy East panel must represent Canadians. How about an Indigenous person, an environmental scientist, and a 21st century engineer—none of whom have worked for the oil or pipeline industry?”

“Communities and grassroots groups like ours that will be directly impacted by the Energy East pipeline deserve a review process that is fair from start to finish,” said Teika Newton, executive director of Transition Initiative Kenora, one of the groups that successfully challenged the panelists’ impartiality. “We are going to stay vigilant and ensure this happens.”

“The existing NEB is an economic regulator and isn’t equipped to deal with the commitments [Prime Minister Justin] Trudeau has made on climate change and Indigenous reconciliation,” said Greenpeace Canada’s Keith Stewart in an email to Canadian Press. “Trudeau has acknowledged both the NEB and environmental assessment processes are fatally flawed, so he can’t really expect a pipeline approved under [former prime minister Stephen] Harper’s approval process to be seen as legitimate.”

Eugene Kung, staff council with West Coast Environmental Law (WCEL), said the chaos around Energy East is reminiscent of the NEB’s hearings on Texas-based Kinder Morgan’s proposed Trans Mountain pipeline expansion. “What we’re seeing with Energy East is kind of like déja vu all over again, and it’s unfortunately no surprise to see that this institution is panicking a bit. What we’re seeing now is a symptom of a much deeper problem.”

Citing mounting questions about the need for new pipelines in a world of low oil prices and affordable renewable energy, Kung noted that “we’re already being served by existing pipeline capacity,” and that capacity is already commanding the highest global price it can. “So how do you justify these big, risky, expensive projects that may become stranded assets if we’re serious about addressing climate change? The calculation has fundamentally changed.”

The NEB’s announcement came days after more than 50 environmental and governance groups, the 82 municipalities of the Communauté Métropolitain de Montréal, the Mohawks of Kanesatake, and the Mohawk Council of Kahnewake, along with the Timiskaming First Nation and other First Nations and municipalities, demanded the federal government shut down the hearings and appoint a new panel. The controversy sprang from the stunning revelation, thanks to investigative reporting by The National Observer’s Mike De Souza, that Mercier and panel member Jacques Gauthier held private meetings with former Quebec premier Jean Charest, at a time when he was under contract as a TransCanada Corporation lobbyist.

“The NEB has powers of a federal court and its members, like judges, must avoid taking actions that would show bias, such as meeting privately with one of the parties involved in a matter under review,” De Souza wrote last month.

“Under Canadian law,” he added, “there is no need for definitive proof of bias to remove a judge or panelist in a federal review. A previous case, also involving the NEB from the 1970s, set a precedent when the Supreme Court ruled that the appearance of bias was enough to justify the removal of panel members who had a relationship with an industry proponent.”

Earlier Friday, Natural Resources Minister Jim Carr said he wouldn’t intervene in the controversy. “It’s up to the National Energy Board to determine the way it governs itself,” he told reporters in Mumbai.

By then, however, the reality had dawned that Mercier and Gauthier had left the NEB—and the Trudeau government—with no good options for carrying the Energy East hearings forward.

Natural Resources Canada is considering applications for four temporary positions on the NEB, partly because “the NEB lacks enough French speakers who have expertise in the energy sector and regulatory law,” CBC’s Chris Hall reported earlier this week.

Appointing unilingual panelists would have destroyed the hearings’ credibility and effectiveness in Quebec.

Delaying the process to bring bilingual capacity onboard would raise hackles in Alberta—where, notwithstanding the analysis cited by WCEL’s Kung, there is continuing perceived urgency to build new pipelines to tidewater.

In their decision statement, Watson and Mercier said the process would require panelists “who are not only free of any apprehension of bias but who are also proficient in both official languages.”

But CBC noted that the status of the Energy East panelists was “only the first of a number of challenges the NEB—and by extension the federal government—now faces” as they scramble to salvage the hearings. “The process has lost all credibility,” Équiterre Senior Director Steven Guilbeault told Hall. “The lack of confidence in the NEB is spreading like a disease.”

The Board “has been captured by industry, to the point where they’re not able to understand or see the line between their role as a regulator and an industry cheerleader,” Kung told The Energy Mix. “The fact that they’ve allowed all this to happen and not seen it as a problem until it came to light is indicative of that.”

Trudeau and his Cabinet “were elected on a promise to fix our broken regulatory system,” he added, and “the only course of action is to put on hold both the Energy East proceedings and the Kinder Morgan decision, which was tainted with the same flawed process. Until the regulatory regime has been fixed, running approvals through a broken process is not going to secure the confidence of the Canadian people.”