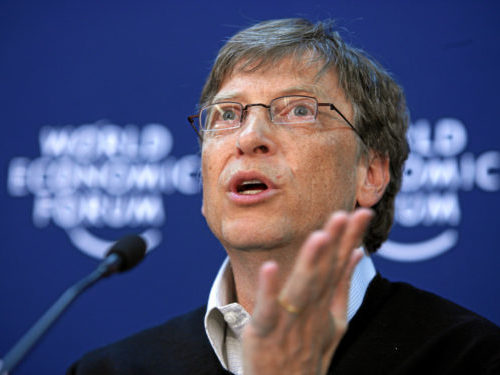 One of the world’s most-admired, richest, and by many accounts smartest philanthropists is spreading dangerous misinformation about humanity’s response to climate change, Andrew Beebe argues in a blog post directed at “upgrading Bill Gates’ reading list.”

The highly influential Gates continues to argue to susceptible audiences that “we need miracles” to re-stabilize the climate and save civilization, Beebe writes. The Microsoft founder’s views, he adds, appear to rest heavily on those expressed in Energy Myths and Realities, a now-six-year-old book by author Vaclav Smil.

In it, Smil argues that clean technologies don’t offer the scale or energy density needed to provide an alternative to fossil fuels. “This belief has been often repeated by Gates,” Beebe writes, “most recently by him and his wife in their February 2016 annual letter from their foundation.”

“The problem with this thinking,” he counters, “is that we do not need additional miracles. [his emphasis] We have plenty of miracles already available. We need to scale these pre-existing technologies as quickly as possible.”

Beebe calls Smil “a smart man. However, his book is filled with significant errors. Gates appears to accept these errors as truisms.”

Beebe tackles and sets out to update three of Smil’s mistakes, showing that the author dismissed the electric vehicle industry too soon, failed to anticipate the “extraordinary cost reduction curve” of electric storage, and confused the price of photovoltaic cells with that of installed solar arrays.

Not that Beebe wants to make an enemy of Gates. “We’re all on the same team here,” he writes. “We know Mr. Gates’ intentions are good.” Still, he urges: “Mr. Gates, let’s refresh your numbers and assumptions—particularly around solar, wind, storage, and transmission.”