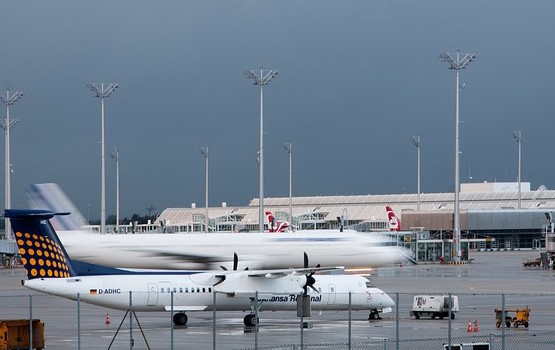 The International Civil Aviation Organization (ICAO) is poised to adopt a carbon offset plan that would allow countries to opt out if they don’t want to participate—even though the plan itself is voluntary.

The approach was expected to be approved today by the ICAO governing council, Reuters reports, ahead of the agency’s triennial assembly in Montreal next month. The voluntary deal itself means airlines won’t be required to offset their growth in greenhouse gas emissions until 2027, six years later than governments had agreed.

“According to a paper submitted to ICAO by the United States, the proposed deal would be voluntary between 2021 and 2026 and then mandatory from 2027 for the world’s largest emitters,” write correspondents Allison Lampert and Julia Fioretti. “The United States and Canada, along with Mexico, Indonesia, and Singapore, are volunteering for the first phases,” but it isn’t yet clear whether China will sign on.

“As far as we can tell, the current proposals fall well short of ensuring carbon neutral growth from 2020,” Dan Rutherford, director at the International Council on Clean Transportation’s marine and aviation program, told Reuters.

Already, ICAO had been considering a carbon efficiency standard for new aircraft that would leave a 7.8-billion-tonne gap between its emissions through 2040 and its stated environmental goals, according to the Environmental Defense Fund. Overall, analysis now suggests a surging aviation sectorcould soak up 25% of the world’s available carbon budget under a 1.5°C target for average global warming.

This week’s opt-out clause was “a concession to developing countries like aviation powerhouses China and India,” Reuters notes. “But the voluntary part of the deal has generated opposition from some members of the European Parliament, which has a say in whether to impose participation in Europe’s emissions trading system (ETS) on international carriers” next year.

“A voluntary approach is not what ICAO was assigned to deliver by 2016,” said Green Party representative Bas Eickhout. “I cannot see how the EU will take this as a serious replacement of the EU´s ETS.”

In April, the EU threatened to restart the “stopped clock” on its ETS if the ICAO failed to adopt a tougher carbon efficiency standard.