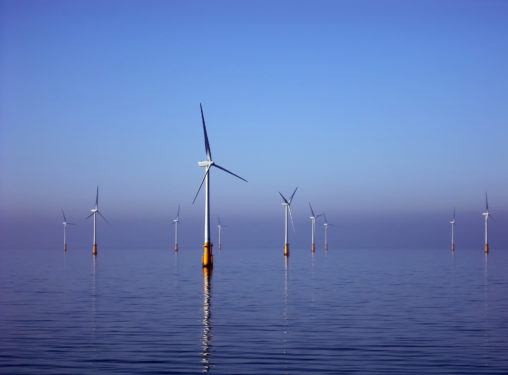 The UK could produce about as much electricity from offshore wind with the £18 billion it had planned to spend on the troubled Hinkley Point C nuclear plant, according to a new analysis by Bloomberg New Energy Finance that is prompting The Guardian to ask whether Hinkley is actually needed.

“For the same capital costs, the UK could install about 830 new turbines at sea, which would generate 25 terawatt-hours a year—the same amount of power the Hinkley reactors would produce,” Bloomberg Markets reports. “With the cost of offshore wind turbines falling, developers led by Dong Energy A/S of Denmark are promoting renewables as a better way to get energy without the emissions that cause global warming.”

With a lower capacity factor than nuclear, an offshore wind development would need more installed generation to deliver the 3.2 GW that Hinkley C would produce. But “if we had 18 billion to spend today, we could build 5.7 gigawatts of offshore wind—just under double the capacity—and generating the same level of power as Hinkley Point,” said BNEF analyst Keegan Kruger.

BNEF’s figures show natural gas and onshore wind producing 25 TWh at less cost than nuclear, offshore wind at the same cost, and solar at about a 10% price premium. Gas is the least expensive option of all, but would jeopardize the country’s carbon reduction plans and carry higher fuel costs than nuclear. The analysis excludes construction and operating costs for all technologies, fuel costs for gas and nuclear, and battery storage costs for wind and solar.

While an Électricité de France (EDF) spokesperson defended Hinkley’s cost structure in an email to Bloomberg Markets, the energy director at The Crown Estate, which offers seabed leases for offshore wind farms in the UK, sees wind supplanting nuclear. “We have an inexhaustible supply of reliable and clean power right on our doorstep,” Huub de Rooijen wrote earlier this month. “Not only can we build additional offshore wind capacity for the same level of investment, but we may also create more local jobs.”

The Guardian cites analysts RBC Capital Markets who are now skeptical of a 35-year, index-linked deal to pay EDF £92.5 per megawatt-hour—about twice the wholesale cost of electricity—for its production from Hinkley. The firm questioned “whether such large-scale generation is needed in a rapidly-changing and decentralizing electricity market where the costs of renewables and storage are coming down.” Dong Energy says it can already deliver power from offshore turbines for £85 per MWh, and costs continue to fall.

Cambridge University Prof. Clare Grey said the government’s long-term funding deal for Hinkley had given an inadvertent boost to her award-winning battery research. “It has put a price on [future] electricity in the market which is high, and this has potentially opened up further commercial space for new technologies such as batteries,” she said. “But independent of Hinkley, we do need better batteries.”