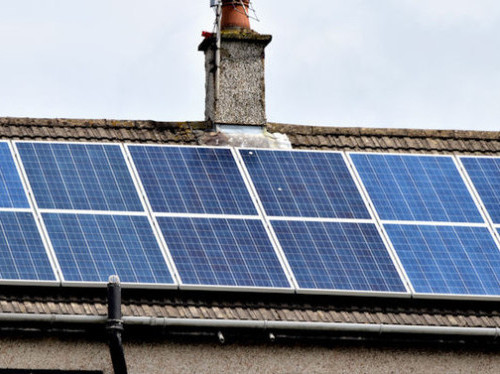 The United Kingdom has lost more than 12,000 solar jobs since its Conservative government announced last May that it would slash subsidies that amounted to less than 1% of a typical household power bill, the international accounting firm PricewaterhouseCoopers (PwC) concluded after surveying 238 British solar companies.

The analysis comes amid speculation that the elimination of the UK’s Department of Energy and Climate Change will either hinder renewable energy development, or give the industry new clout as part of an expanded Department of Business, Energy and Industrial Strategy.

“Gone is the hawkish chancellor George Osborne—determinedly pro-nuclear and -fracking—while former energy and climate change secretary Amber Rudd, whose policy lurches over subsidy levels damaged so many green businesses, is now Home Secretary,” Renewable Energy World observes. “As for Theresa May’s take on green power, clues are hard to find,” though the newly-installed Prime Minister did oppose “unfair subsidies to new nuclear power stations” in a 2006 blog post as an opposition backbencher.

“So certain were EDF that a signing ceremony with the British government would take place today to provide the company with 35 years of subsidies for their electricity that they had hired marquees, invited the world’s press, and laid in stocks of champagne to toast the agreement,” the Climate News Network reported Friday. “But EDF Chief Executive Vincent de Rivaz, who had pushed for the deal, cancelled a trip to Britain on hearing the government announcement.”

But even if change is in the air, a lot of damage has already been done. The PwC study sampled nearly 10% of the industry on behalf of Britain’s Solar Trade Association, concluding that about “a third of solar jobs have likely been lost in the UK” in the year since the government ended solar subsidies, The Guardian reports.

The Conservative government that took office in May 2015 reduced subsidies to householders who installed solar panels by 65%, the paper reports. The cut took effect in January, and in following months, “installations plummeted.”

“Almost four in 10 companies are considering leaving the solar market entirely,” The Guardian adds, citing PwC, “and three in 10 expected to employ fewer people in a year’s time.”

The job losses were lower than the 18,000 that some observers had predicted when the subsidy cuts were announced. But the solar trade group said residential solar’s recent meteoric expansion in the United Kingdom—with capacity doubling in 2015 from five to 10 GW—was over. “The rapid growth seen in 2014 and early last year will not be seen again under the current policy environment, and while grid parity remains out of reach.”

Business, Energy and Industrial Strategy reported last week that renewables and nuclear delivered 46% of the UK’s electricity in 2015, while coal was down to 22%, from 30% the previous year.