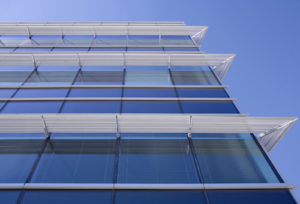 Canada can claim shouting honours over the United States on a new ranking of countries’ sustainable development, but performs worse on another list that rates major developed countries by their performance on energy efficiency.

Canada, the Washington Post reports, came in 13th in the ranking, with the United States well back at 25th. Neither approached the top three positions, all taken by Scandinavian countries, led by Sweden.

In another international ranking that assessed 23 leading energy-consuming countries for “the strength of their national energy policies and how efficiently their transportation, buildings, and industrial sectors use energy,” Canada came in ninth, edged out by the United States at eighth.

That ranking, by the American Council for an Energy-Efficient Economy, rated Germany first in energy efficiency, with Italy and Japan tied for second, Mashable reports. China came in fifth, while Saudi Arabia trailed all other wealthy countries for its energy policy and transport efficiency, in 23rd place.

Earlier this month, in the increasingly crowded world of international score-keeping, Canada inched up to second place on the Harvard/MIT 2016 Social Progress Index, behind only Finland, buoyed by its degree of social progress but pulled down by a shockingly low score on environmental security.