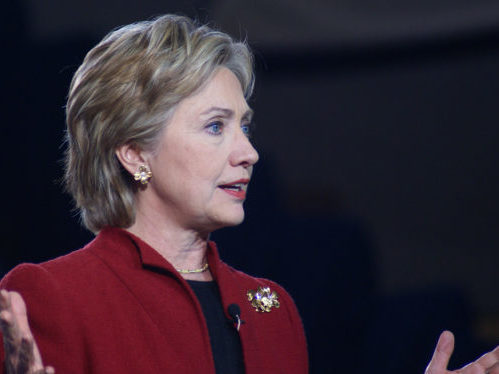 A growing number of Americans are passionate or “alarmed” about climate change, and more of those say they will vote for candidates who support climate action, according to the latest edition of an opinion survey conducted by Yale University and the Center for Climate Change Communication at George Mason University.

While the proportion of “alarmed” participants in the poll of 1,204 eligible voters grew sharply, from 12 to 17%, the number of “dismissive” respondents held steady, with a statistically insignificant drop from 11 to 10%.

Anthony Leiserowitz, director of the Yale Project on Climate Change, said the group of voters who are deeply concerned about climate change is “just beginning to develop and exercise its political muscle,” and is “not anywhere close to having the kind of political power as the National Rifle Association (NRA),” InsideClimate notes. While environmental protection, global warming, and clean energy development were top voting issues for more than 80% of voters in the “alarmed” group, “global warming drops as a priority very fast” among the other clusters in the study, Leiserowitz noted.

The Guardian, meanwhile, continued coverage of its own survey of U.S. voters and their concerns related to climate change. “Diminishing food and water security and ruinous sea level rise are the leading climate change concerns of a section of the American electorate that is aghast at the lack of discussion of global warming during the presidential debate,” the paper reports.

“Readers were asked to rank what they think are the most pressing issues thrown up by climate change,” notes correspondent Oliver Milman. “Phasing out fossil fuel, expansion of renewable energy, and the unfolding disaster affecting coral and other marine life were all popular picks for the most important category. Deforestation and climate refugees also ranked highly.”

The Yale-George Mason research found that voters in the two groups that were most concerned about climate will likely vote for Democratic nominee Hillary Clinton. People in the “doubtful” and “dismissive” categories trend more strongly toward Republican nominee and reality TV star Donald Trump.

“There appears to be a lot of untapped potential for climate action advocacy out there in America,” Malbach told InsideClimate.