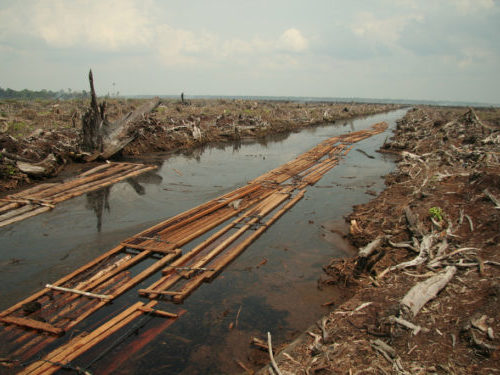 A new study in the journal Scientific Reports concludes that forest fires in Indonesia released 11.3 million tonnes of carbon per day in 2015, well above the European Union’s total daily emissions of 8.9 million tonnes.

A recent donor appeal from SumOfUs notes that the fires were set on purpose, and points to the palm oil industry as the lead culprit.

“Fire is widely used in South-East Asia to clear vegetation and maintain land for the growing of crops,” SciDevNet reports, citing the study. “Last year, fires were exacerbated by extended drought associated with El Niño, releasing 857 million tonnes of carbon dioxide from September to October 2015,” or 97% of Indonesia’s emissions for the year.

“There have been some isolated studies before where people artificially set fires in the lab to try to understand the chemical characteristics of peatland fire smoke in Indonesia,” said King’s College London earth observation scientist and study co-author Martin Wooster. This study was the first to track extreme fires through satellite observation and onsite air measurement.

SumOfUs notes that “fires were deliberately lit to make way for palm oil and other plantations, clearing out swathes of forests and carbon-rich peatlands. When the forest burns, critically endangered orangutans, elephants, and rhinos are swallowed up.” While “palm oil is in almost everything we consume,” the organization says companies along the supply chain can and must be pushed “to adopt responsible palm oil policies.”