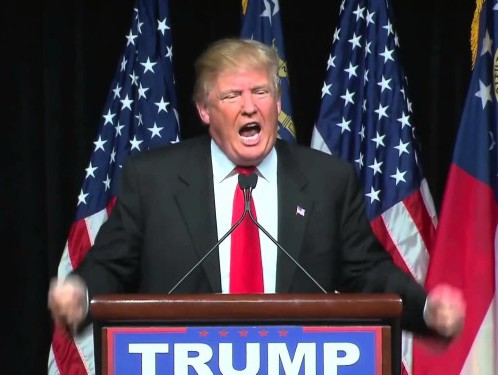 Climate change placed “resoundingly” as the issue voters would like to hear more about from U.S. presidential candidates, after The Guardian surveyed 1,385 online readers about the state of the 2016 election campaign so far.

“As the primary election season turns toward a head-to-head between Hillary Clinton and Donald Trump, there is increasing anger and frustration over the nature of the contest,” the paper’s U.S. bureau reports. One in five survey participants “expressed discontent at the relative silence from candidates around a subject that they believed to be of supreme and epochal importance.”

The respondents “noted that much of the Republican debate has either focused on blatant denial that climate change even exists or on how to unpick Barack Obama’s attempts to fight global warming,” note reporters Ed Pilkington and Mona Chalabi. “On the Democratic side, both Hillary Clinton and Bernie Sanders have raised the issue, but have rarely pushed it to the top of the political agenda.”

“The fact that no one is really talking about climate change, to me, is indicative of just how lost we are,” said respondent Linda Hayden of Oregon. “Our house is on fire and we are arguing about who is more angry!”

“Almost no one in the general public knows just how serious and urgent this really is,” said climate scientist Peter Kalmus of California. “Not only is it real—it’s terrifying.”

The Guardian stresses that the online call-out was neither a poll nor a “controlled survey of opinion.” However, “it does illuminate a largely hidden depth of concern, particularly among liberal Americans, about a gathering global disaster that has tended to be discussed, if at all, at the fringes of the presidential debate.”