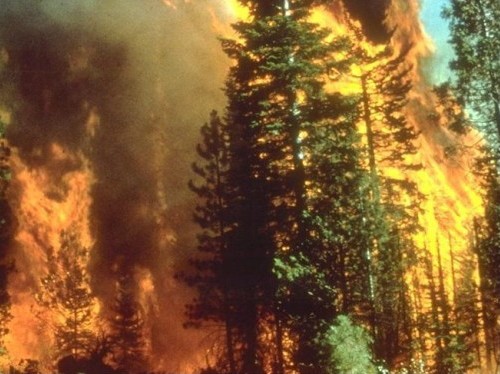 Climate change is fueling “scorching wildfires” across the U.S. southwest, with high temperatures, drought, heavy winds, and insect infestations contributing to a number of outbreaks that had caused at least two deaths as of last week.

“In a lot of places the climate restricted fires, but now it’s all about fuel availability and we are seeing very large burned patches in areas that aren’t used to it,” said associate professor LeRoy Westerling of the University of California-Merced. “Each decade since the 1980s has seen a big increase in fire activity, and we don’t expect that trend to stop any time soon.”

The number of large forest fires in the western part of the country has quadrupled in the last 30 years, the fire season has expanded from 84 to 220 days, and the area burned has grown 1,200%. So far this year, states of emergency have been declared in California and New Mexico, and Arizona has also seen intense fires.

“Wildfire experts said there are numerous indicators that warming temperatures have contributed to the fires by drying out vegetation and soils and causing an earlier spring melt of snow,” The Guardian reports. “Trees are also less resilient to fire due to infestations of beetles, which thrive in warmer weather.”

“One of the tragedies is the lack of social resilience when the flames come,” he told The Guardian’s Oliver Milman. “Often, fires burn through low-income areas, and the loss of an uninsured home is an overwhelming one for people there. Communities like that need to be very engaged with fire services to plan evacuation routes.”