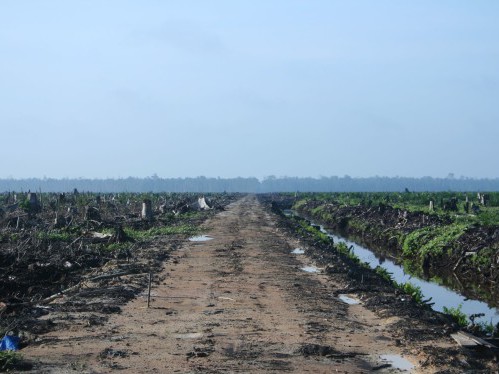 The group established at the 2014 United Nations climate conference to promote sustainable palm oil harvesting “has been cut down, too—razed by political forces that opposed the push to end deforestation,” Grist reported last week.

The Indonesian Palm Oil Pledge (IPOP) was set up “to allow sustainable-minded business interests and responsible palm oil companies to work with and influence government leaders, in an effort to preserve forests and stamp out human rights abuses by bad operators,” writes Grist Food Editor Nathaneal Johnson. “But IPOP and its member companies became punching bags for their political opponents, who want to keep clearing land.”

Corporate members of the organization say it shut down June 30, with global agribusiness giant Cargill telling stakeholders that IPOP’s role will be fulfilled by the Indonesian government.

“The government has instituted a moratorium on new palm oil plantations, protected areas with big trees and high biodiversity, and established an agency to restore carbon-rich peatland,” Johnson writes. “But the government will need industry support to bring these policies to fruition.”

Citing Senior Fellow Glenn Hurwitz of the Center for International Policy, he adds that “responsible companies should look to the successful strategy used to reduce soy and cattle deforestation in the Amazon, which involved blocking rogue companies from access to the market.”