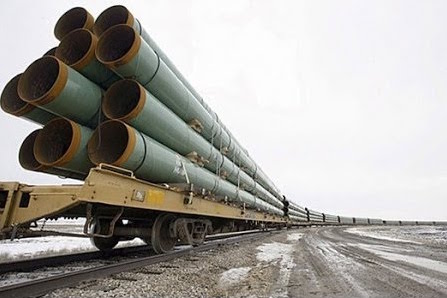 Canada’s Federal Court of Appeal threw out the federal government’s approval of Enbridge’s Northern Gateway pipeline last week, after concluding that the Harper government failed to adequately consult First Nations that would be affected by the controversial megaproject.

“We find that Canada offered only a brief, hurried, and inadequate opportunity…to exchange and discuss information and to dialogue,” agreed two of the three judges who heard the case. “It would have taken Canada little time and little organizational effort to engage in meaningful dialogue on these and other subjects of prime importance to Aboriginal Peoples. But this did not happen.”

The federal government had approved the project after the National Energy Board accepted it with 209 conditions. But last week, pipeline opponents were hailing the court’s “landmark” decision.

“At every turn you’re going, you are seeing nails in the coffin of the Enbridge project,” said Council of the Haida Nation President Peter Lantin. “I don’t think there’s enough room for another nail in the coffin.”

“First Nations, local communities, and environmental interests said no to Enbridge 12 years ago when it first proposed the project,” added Ecojustice lawyer Barry Robinson. “And now that ‘no’ has the backing of the courts.”

In addition to the Haida, the ruling listed several B.C. First Nations—all parties to the appeal—that would be significantly affected by the project. They included the Gitxaala, the Haisla, the Gitga-at, the Kitasoo Xai’Xais Band Council, the Heiltsuk Tribal Council, the Nadleh Whut’en, and the Nak’azdli Whut’en.

In their ruling, the judges said community consultations needn’t be perfect, but must satisfy concerns about “whether ‘reasonable efforts to inform and consult’ were made.” In this case, “the inadequacies—more than just a handful and more than mere imperfections—left entire subjects of central interest to the affected First Nations, sometimes subjects affecting their subsistence and well-being, entirely ignored,” they wrote. “Many impacts of the project—some identified in the Report of the Joint Review Panel, some not—were left undisclosed, undiscussed, and unconsidered.”