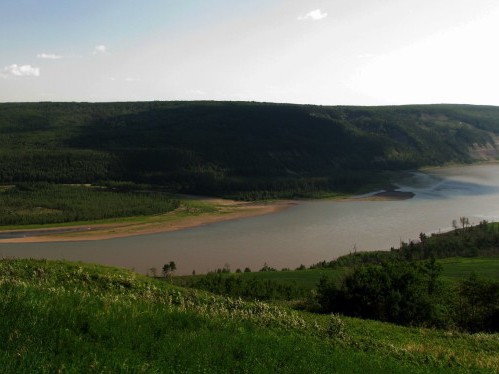 After investing an estimated $8 billion in wind and small hydro projects that have come online in the last decade, British Columbia’s independent power producers say the province’s Crown electric utility is leaving them with “no future.”

BC Hydro jump-started grid demand for privately-produced clean electricity as part of the province’s 2008 climate strategy. But that strategy has been left moribund under the present government, and the utility now plans to meet future demand growth (the real extent of which is hotly debated) from the C$9-billion, 1.1-GW Site C hydro station it is about to begin building on the Peace River in the province’s northeast.

Reading the tea leaves, proponents withdrew five wind and six run-of-river hydro projects from provincial environmental assessment in April and May alone, Business in Vancouver reports. One of those would have seen Alterra Power Corporation invest $4 to $5 billion in a run-of-river project at remote Bute Inlet; the company had spent $20 million trying to develop the project.

“That’s going to be it,” said Alterra Executive Chair Ross Beaty. “Now you have Site C, and it’s really constraining the independent power producers for the next 10 or even maybe 20 years in British Columbia.”

He added that “independent power companies in B.C. really have no future in the province, and have to go elsewhere.” His own company, he said, is “focused almost entirely on the U.S., where they’re going gangbusters on developing clean energy projects.”