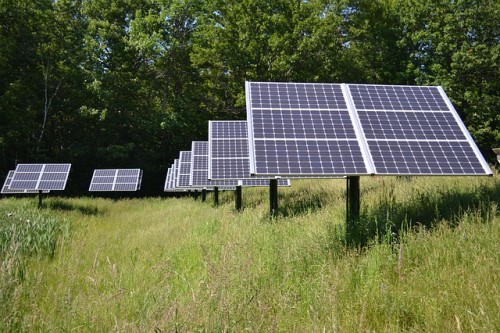 The United States’ 905 electricity cooperatives and 830 municipal utilities could be in line to procure up to 400 gigawatts of new renewable generating capacity, following a Federal Energy Regulatory Commission (FERC) ruling last week that lifts the contractual limit on the power they can purchase from qualifying suppliers.

And it turns out the member-owned Delta-Montrose Electric Authority (DMEA) in southwest Colorado was motivated to seek the ruling by coal mine layoffs in the area.

“The FERC ruling has opened up a huge potential distributed renewable energy market,” the Rocky Mountain Institute concludes. “Renewable energy buyers and sellers both have a role to play in enabling this market to achieve its full potential.”

The issue for DMEA was a long-term contract with Tri-State, a Denver-based generation and transmission co-op, that allows it to self-generate no more than 5% of the electricity it uses each year. “In 2015, DMEA already sourced just under 5% of its electricity from local hydroelectric and solar,” RMI explains. So “when DMEA wanted to green its energy supply, reduce energy spend, and promote local economic development, the co-op was constrained in its options.”

DMEA tried to solve the problem by contracting with independent power producers under the 1978 Public Utility Regulatory Powers Act, which requires utilities to buy distributed, renewable power from qualified providers that can offer a price equal to or slightly above the avoided cost for electricity. When FERC ruled in DMEA’s favour, Tri-State proposed a tariff that would have penalized distribution co-ops for buying power from independent sources.

The ruling has wider implications, because most U.S. electricity co-ops and municipal utilities operate under all-in contracts like the one between Delta-Montrose and Tri-State. “In recent years, more distribution utilities are sourcing electricity from local clean power. Co-ops and munis are sourcing local renewable electricity to meet member demands for clean energy, hedge against fossil fuel price increases, promote economic development, and save money,” RMI notes, with community solar emerging as a particularly popular option.

The sector sells 987 terawatt-hours (TWh) of electricity per year across the U.S., the think tank adds, and 20 gigawatts of solar would meet about 5% of that demand. “Now that self-generation caps have effectively been lifted, the continuing decline of renewable power prices could open up a 400-GW potential market.”

The article notes that Delta-Montrose’s original request to FERC was driven by one of its seven operating principles as a co-op, concern for community, and by local coal mine closures that had led to hundreds of layoffs. “DMEA staff and leadership were looking for ways to meet their fiduciary responsibilities while also staving off an economic downturn,” and “one obvious source of economic development was local renewable power.”