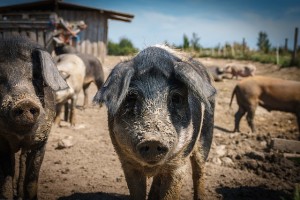 China’s ministry of health has issued new guidelines calling on the country’s 1.3 billion people to cut their meat consumption 50% by 2030, a move that would combat obesity and diabetes while reducing greenhouse emissions from the Chinese livestock industry by a billion tonnes.

“Tackling climate change involves scientific judgement, political decisions, entrepreneurial support, but at last, it still relies on involvement of the general public to change consumption behaviour,” said Li Junfeng, director general of China’s National Center on Climate Change Strategy and International Cooperation. “Through this kind of lifestyle change, it is expected that the livestock industry will transform and carbon emissions will be reduced.”

China’s announcement comes on the heels of a United Nations report last week, showing that greenhouse gas emissions from agriculture grew by more than 1% in 2014, driven in part by growing global demand for meat.

“Meat consumption is high in countries like the U.S. and is growing rapidly in China and other parts of the developing world,” said Stanford University Prof. Robert Jackson. “Higher meat consumption means greater agricultural emissions.”

“The opportunities to improve management and decrease emissions are still very important for agriculture, even if it’s not the biggest piece of this pie,” added the University of Minnesota’s James Gerber. He said the farm sector can reduce emissions by applying fertilizer more precisely, changing rice growing practices, and reducing food waste.