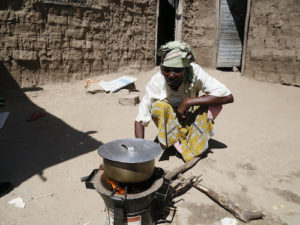 Off-grid systems like biogas and small-scale solar are only getting a tiny share of global climate funding, meaning that the world’s poorest are receiving less attention as the transition to post-carbon energy sources picks up momentum, according to new data from the London-based International Institute for Environment and Development (IIED).

The United Nations’ new Sustainable Development Goals, which took effect this year, call for universal access to “affordable, reliable, and modern energy” by 2030. That will mean an annual investment of US$40 to $100 billion to deliver clean energy to the billion people around the world who have no access to electricity, and the three billion “who cook using smoky fuels such as wood, kerosene, and dung,” the Thomson Reuters Foundation reports.

In 2011, the International Energy Agency said those figures should include $23 billion per year for decentralized energy. But governments only approved $14.1 billion in international climate finance between 2003 and 2015, and only 3.5% of that total was earmarked for small-scale energy projects.

“While it did not determine specific figures for wider development aid used to tackle climate change, the IIED said total public climate finance for small-scale, off-grid energy likely amounted to little more than 5% of what is needed,” Thomson Reuters notes.

World Bank climate envoy Rachel Kyte, CEO of Sustainable Energy for All, said her organization’s new five-year plan called on global leaders “to go further, faster” on clean energy access, in the hope of reaching the SDG goal ahead of the 2030 deadline. “This will help us secure an energy transition that is clean, affordable, and just, because no one must be left behind,” she said in a statement.

Advocacy Officer Rita Poppe of Hivos, the Dutch development organization that commissioned the IIED report, listed solar home systems, mini-grids, and clean cookstoves as the fastest options for making energy available to the world’s poorest. “They see the (power) lines above their heads, but they are not connected,” she said. “You really need a decentralized solution.”