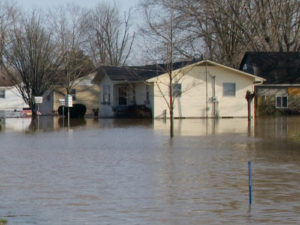 “In the aftermath of the Fort McMurray wildfires, which Prime Minister Justin Trudeau wouldn’t say were exacerbated by climate change, First Nations assert they are first and worst affected by a rapidly-shifting environment,” the National Post reports. After she became minister, officials warned Bennett that “catastrophes are getting worse and more frequent over time,” the paper adds. “Recent decades have seen up to eight times as many disasters in Canada as 100 years ago.”

Craig Makinaw, the Assembly of First Nations’ regional chief for Alberta, told the Post that more drought and less snow make wildfires more extreme. In Ontario, Kashechewan First Nation Chief Leo Friday said climate change has had an impact in a community where residents must evacuate each year due to flooding. “I think it does change a lot of people’s lives,” he said, “weather being changed all of a sudden.”

Makinaw said the funding is a good start, but not enough. “With so many disasters, there needs to be better coordination from government agencies with our chiefs and councils to make sure that they’re working together,” he told the Post.