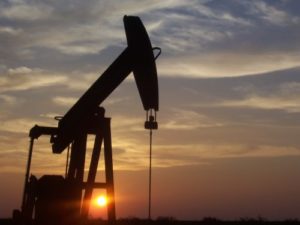 An Alberta judge put shareholders above a fossil company’s obligation to clean up its abandoned sites, in a ruling last week that “will have far-reaching implications for the province’s energy sector,” the Calgary Herald reports.

The case of Calgary-based Redwater Energy Corporation pitted the Alberta Energy Regulator against the province’s own financial corporation, ATB Financial. After the company filed for bankruptcy, the receiver decided it would only take possession of 20 of the companies 91 wells. “The rest were deemed uneconomic because of associated abandonment liabilities,” the Herald’s Deborah Yedlin writes.

In deciding the case, Justice Neil Wittmann of the Alberta Court of Queen’s Bench “concluded the federal Bankruptcy and Insolvency Act takes precedence over provincial law—in this case, the Oil and Gas Conservation Act—when he decided money from the sale of Redwater’s assets should go to the company’s creditors rather than be used to pay for the cleanup of idle wells,” as the regulator had asked.

“Some might argue Wittmann’s decision is a blessing since it effectively protects lenders, and therefore ensures continued access to capital for an industry that has seen its borrowing base slashed in the current commodity price environment,” Yedlin writes. The problem is that the Orphan Well Association, an industry-funded non-profit, lacks the funds to remediate the 550 abandoned wells that are already in its inventory.

“The association is funded by the oilpatch through levies and security deposits based on well abandonment and reclamation liabilities held by each company,” Yedlin notes. In light of Wittmann’s decision, “the prospect of higher levies and security deposits required to meet the growing need is not out of the question.” A decision in that direction “could significantly increase the financial burdens of both existing and new oil and gas players,” and even “affect the ability of oil and gas companies to attract board members, not to mention potentially compromise those already serving as directors.”

The decision “makes life more difficult for directors, because they could find themselves in a situation where the secured creditor has put in a receiver, sold the best assets for the benefit of the secured creditor, and all that’s left are a bunch of assets that are reclamation and remediation obligations,” said Frank Turner, a corporate law partner at Osler, Hoskin & Harcourt.

In the end, “liquidation could be seen as more favourable than restructuring, because when a company restructures, the ongoing entity continues with the abandonment obligations,” added Osler partner Lorne Carson.

Earlier this year, the Petroleum Services Association of Canada asked for $500 million in federal or provincial funding to clean up abandoned wells in Alberta, while Saskatchewan Premier Brad Wall sought $156 million from Ottawa for the same purpose.