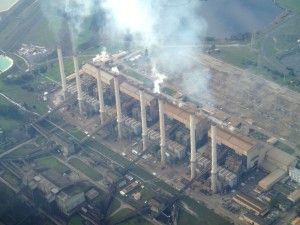 The world’s most-polluting power plant, the Hazelwood lignite facility in Victoria, Australia, may be in line for closure following a shift in policy at French energy giant Engie.

“For the Hazelwood plant, we are studying all possible scenarios, including closure, or a sale if the state of Victoria tells us that it cannot meet power generating needs without this plant,” Engie CEO Isabelle Kocher told a committee of the French Senate, according to Reuters. Australian climate campaigners note that Victoria, the country’s second-most popular state, already has more electricity than it needs, RenewEconomy reports.

Engie inherited Hazelwood in the course of a larger corporate purchase, RenewEconomy notes. The French government, which owns one-third of Engie shares, supports closure of Hazelwood and other coal plants.

But the change in corporate strategy became more evident earlier this year when Kocher took over as CEO with a mandate to invest in renewable energy, smart grids, and decentralized options like solar plus storage.

“Earlier this month, Engie announced the purchase of an 80% share in U.S. battery storage company Green Charge Networks,” writes RenewEconomy’s Giles Parkinson. “Kocher has previously predicted that half of all electricity demand will come from local generation such as rooftop solar, as part of a shift away from centralized generators such as Hazelwood.”