Will Hydro Megaprojects Take Down a Third Provincial Premier? 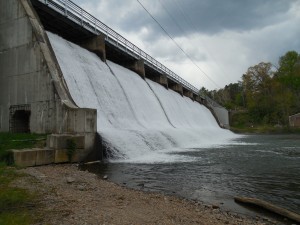 Big hydroelectric projects have long been synonymous with industrial development in Canada, but a tart new analysis suggests they may now have become a politically-charged third rail for provincial premiers.

In both cases, “building costs have spiralled endlessly higher while cheap natural gas and a North American electricity glut portend weak export prices for years to come,” Yakabuski writes. “Not surprisingly, both contributed in a big way to both leaders’ respective electoral defeats.”

With an eye on British Columbia’s controversial Site C project, he asks whether B.C. Premier Christy Clark will be “the next provincial leader to be turfed for going too big.”

The columnist notes that the power to be generated at Site C is expected to cost multiples of anticipated market prices for other sources of electricity, while the impacts of flooding land for its reservoir call into question Clark’s claim that its output will be “clean”.