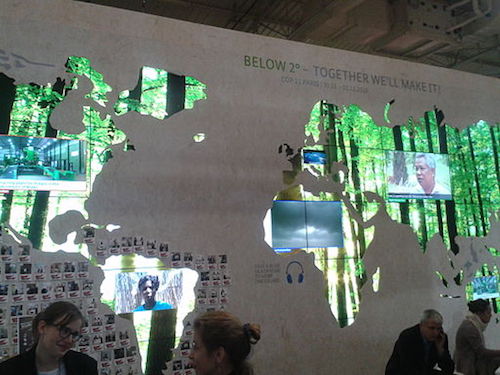 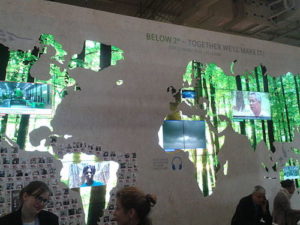 With as many as 160 countries, including 40 heads of state, expected to attend the symbolic signing ceremony for the Paris agreement today in New York City, “leaders will really be looking to see which countries go beyond mere ceremony and legally join the agreement, which would bind them to the promises made in Paris last December to keep warming below the agreed target of 2°C,” The Guardian reported earlier this week.

“You heard it here first: I think that we will have a Paris Agreement in effect by 2018,” UN Climate Secretary Christiana Figueres told [2] an audience in London earlier this month. “Early entry into force—we are very committed to making that happen,” added Canadian Environment and Climate Change Minister Catherine McKenna, during a World Bank panel last week. “We can’t just now rest on our laurels and have a nice signing on Earth Day, and then we all go home.”

With the United States, China, Canada, and “a host of other countries” promising to sign this year, there is hope the agreement could enter into force this year or next, far ahead of the 2020 target date coming out of last year’s UN climate summit in Paris. That will happen 30 days after at least 55 countries, representing at least 55% of global greenhouse gas emissions, sign and ratify the treaty.

But the Guardian report traces the challenges along the road to that target. “The assumption is that you have to do this without the EU to get to that 55% hurdle, if you want to see it in the next year or so,” Alden Meyer, strategy director for the Union of Concerned Scientists, told reporter Suzanne Goldenberg. That’s because the European Union will need agreement among all 28 member states before any of them can join the agreement.

“That will force governments to cobble together a coalition of smaller countries if they hope to reach the 55% emissions threshold,” Goldenberg writes. “Possible contenders include India, Mexico, the Philippines, and Australia.”

An earlier entry into force “would have one obvious advantage for Barack Obama,” she adds. “The standard withdrawal clause on any such agreement would force a future Republican president to wait four years before quitting Paris, according to legal experts.” An earlier start date could also boost momentum for deeper emission cuts and “help efforts to attain the more ambitious goal of limiting warming to 1.5°C—which would give a better chance of survival to small islands and other countries on the frontlines of climate change.”