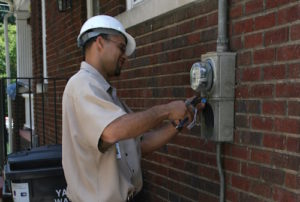 Alberta is investing C$645 million over five years to create a new agency, Energy Efficiency Alberta, to deliver an estimated $2 billion in energy savings and emission reductions back to the province’s energy users.

The announcement in last week’s provincial budget “allows Alberta to shed its dubious distinction of being the only North American jurisdiction without a rebate program available to consumers,” the Calgary Herald reports.

Details of the plan are still taking shape, Environment Minister Shannon Phillips told media. “We’re going to take the time to make sure we’ve got the funds in place throughout 2016 and we’re delivering the right programs,” she said.

“The funds, beginning this year with a modest $45 million, will be spread among households, businesses, and communities,” the Herald notes. “Most of the cash will begin to flow in 2017 after the government creates an agency and plans its operations.”

The estimate of $2 billion in savings comes from the Alberta Energy Efficiency Alliance, whose released research last year showed that an efficiency investment of $24 per capita would create thousand of jobs and cut emissions by the equivalent of 800,000 cars. “Alberta hasn’t done efficiency programs for quite a few years, so we wanted them to go from zero to at least middle of the pack,” said Executive Director Jesse Row. “That’s what they’re signaling at this point.”

The Herald reports that the previous provincial government’s rebate for efficient home appliances “was wildly popular,” cutting an estimated 2.6 megatonnes of emissions with a $52-million investment that led to more than 173,000 rebates. The province cancelled that program in March 2012.

On the Pembina Institute blog, Clean Economy Program Director Sara Hastings-Simon shows how consumer savings from the efficiency program could balance out the cost of Alberta’s new carbon levy.

The province is already introducing a consumer rebate to offset the impact of the levy for low- and middle-income households, she writes. But “if consumers reduce their emissions—turn down the heat when no one is home, choose more fuel-efficient cars, use public transit, walk, bike, take advantage of coming energy efficiency programs—they can reduce their ‘actual’ cost below the ‘average,’” she notes. “Add to that the direct savings from using less energy and you get extra cash in your pocket.”