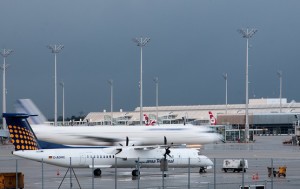 European Union diplomats are threatening to restart the “stopped clock” on a regional Emissions Trading System (ETS) for international airlines if the UN International Civil Aviation Organisation (ICAO) can’t strengthen its new carbon efficiency standard ahead of a September meeting in Montreal.

“It depends on three big elements: carbon neutral growth after 2020, a review clause to increase ambition over time, and robust accounting that is consistent with UNFCCC reporting guidelines,” one negotiator told The Guardian. “Those three big things are still missing from the text.”

When the ICAO plan was released in February, the U.S. Center for Biological Diversity attorney Vera Pardee. called it “disturbingly weak”. Environmental Defense Fund International Counsel Annie Petsonk wrote that it left “a huge emissions gap…about 7.8 billion tonnes of carbon pollution that international aviation will have to deal with to meet its own climate goals, let alone the kinds of reductions that will be needed” to align with the Paris Agreement.

“Under the plan, developed countries would start offsetting their emissions growth from aviation with carbon cuts elsewhere in the world in 2021. They would be joined five years later by ‘upper medium income states’ such as Brazil, Mexico and China,” The Guardian’s Arthur Neslen explains. “More than 100 poor countries and small island states would be excluded from the system altogether. Unless rich world airlines compensate for their carbon output, curbs are unlikely to slow aviation emissions which have been predicted to grow up to 700% above 2005 levels by mid-century.”