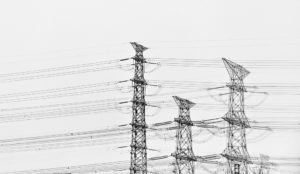 BC Hydro is paying an independent electricity producer C$55 million per year to keep its power plant idle 90% of the time, DeSmog Canada revealed last week in an exclusive report.

Capital Power Corporation’s 275-megawatt Island Generation station in Campbell River, which DeSmog describes as a state-of-the-art gas thermal power plant, “is fired up only for peak power demands or when there are problems with subsea cables from the mainland that usually power Vancouver Island,” writes correspondent Judith Lavoie. The company only incurs minimal costs to keep the plant ready for service.

“All the money they are getting for not running the plant is free,” said ex-construction superintendent Kerry McRae. The NDP’s BC Hydro critic, Adrian Dix, said the utility is losing $1.4 billion per year on independent power, reinforcing questions about the province’s decision to begin construction on the controversial, $9-billion Site C hydro project.

“It was a cabinet decision to overbuild, but BC Hydro has effectively mismanaged the system,” Dix said. “BC Hydro dramatically miscalculated energy demands in the current context. They overbought IPPs, which is one of the reasons we are in the catastrophic financial situation we are in now.”

With the province now “paying money for nothing,” he added, “Site C is a catastrophe for the economy.”

BC Hydro spokesperson Kevin Aquino said the Campbell River contract reflects the utility’s obligation to provide reliable power, every day of the year. “We need to meet the needs of British Columbians on the coldest, darkest days of the year and that’s why we need to have back-up sources of power” like Island Generation, he said.