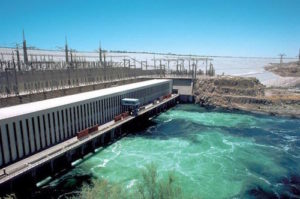 While Egypt is projecting massive growth in electricity demand, from 30 gigawatts today to 80 by 2035, a new report by the Egyptian Center for Economic and Social Rights (ECESR) and the Heinrich Böll Foundation concludes the country has better options than the government’s plan to build 11 GW of new coal-fired generating capacity.

Egypt already faces a serious electricity shortage—its current system supplies 26 GW, 91% of it from natural gas and the rest from hydro, the Institute for Energy Economics and Financial Analysis reports. “When confronted with energy shortages (and the political unrest that can come with them), leaders often look for fast answers,” writes IEEFA Finance Director Tom Sanzillo. “Prudent energy infrastructure policy, however, is rooted in analysis and input that takes time and thought. Mistakes made today will have long-lasting and costly consequences.”

The seven scenarios in the ECESR-Heinrich Böll report look at wind, solar, nuclear, coal, hydro, and biomass as potential core fuels or technologies, then assess their implications for energy access, costs, greenhouse gas emissions, job creation, and import/export. “Each also includes a new energy efficiency dynamic that will create jobs and lower costs along the way,” Sanzillo notes.

“The report makes no judgment on any particular scenario, but it includes numbers that tell a story worth noting,” he writes. “The coal build-out option produces fewer jobs than the others, emits more CO2, relies heavily on imported fuels, and makes no progress toward improving electricity access. Other scenarios (including one constructed around a decentralized electricity model) produce more jobs, emit less CO2, reduce reliance on imported fuels, and bring the potential to make electricity more accessible to the poor.”