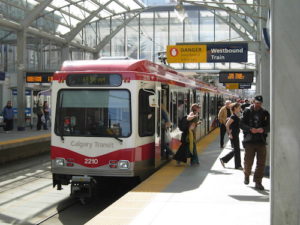 Canadian Finance Minister Bill Morneau declared his government’s intention to become a “champion of clean growth and a speedy transition to a low-carbon economy,” tabling a federal budget Tuesday that earmarks more than $7 billion over two years for transit, water and wastewater infrastructure, energy and water efficiency upgrades, and a $2-billion low-carbon economy fund.

“The government suggested the investments on clean economy ‘are just a start,’” the Globe reports, “and more action will be taken.”

The budget has nothing to say about the Trudeau government’s commitment to begin phasing out fossil fuel subsidies valued at $5.2 to $46.4 billion per year by analysts at Oil Change International and the International Monetary Fund. Instead, it puts a 10-year extension on a tax write-off that makes it easier for liquefied natural gas (LNG) developers to recover their capital costs.

And like any budget document, the 271-page release leaves observers waiting for details on the quantified energy and carbon reductions the government hopes to achieve, the amount of low-carbon activity (number of transit spaces to be introduced, or social housing units to receive energy retrofits) it hopes to support, or the energy efficiency standard to which its infrastructure activities will adhere (the budget contains one reference each to the Green Building Council’s Leadership in Energy and Environmental Design standard, and a net-zero municipal library in Varennes, Quebec).

Even so, the budget represents a sharp departure from years past, when governments gave short shrift to climate and energy action if they were mentioned it at all. “This is laying the groundwork for a green energy economy, and it is doing so with some smart investments,” said Clean Energy Canada Senior Policy Advisor Clare Demerse.

“Significant investments in public transit, infrastructure projects such as electric vehicle charging stations, clean energy research and development, as well as the creation of a Low-Carbon Economy Fund could allow Canada to cut carbon emissions and fulfill its climate obligations under the UN Paris Agreement,” added Environmental Defence. “However, gaps remain, such as a concrete timeline for the complete phase-out of fossil fuel subsidies.”

Specific budget highlights, most of them spread over multiple years, include: