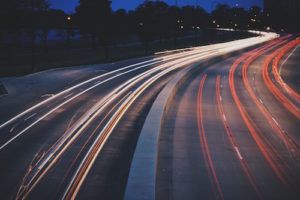 A father-daughter team in Scotland has formed a non-profit to extend the range of electric vehicles by embedding an electrified metal recharging strip in highways.

The Tracked Electric Vehicle (TEV) system “is designed to combat range anxiety from consumers who worry an electric car will lose its spark before finding a place to plug in,” Bloomberg reports. “The program has caught the attention of infrastructure builders such as ArcelorMittal S.A., OHL Group, and Heintzmann GmbH, which earn revenue from large public works and awarded the TEV Project a prize for the best invention in the industry.”

The TEV Project plans to build a test road next year at an estimated cost of US$1.2 to $1.8 million per mile, far less than the cost of a conventional highway.

“As a rule of thumb, normal highways cost about 30 times more than the TEV project,” said Smart Transportation Alliance Chair José Papí, noting that the projected per-mile costs are “much cheaper than any other idea we’ve come across.”

Colin McKerracher, Bloomberg New Energy Finance’s head of advanced transportation analysis, predicted “a significant cost challenge to implement TEV Project-type infrastructure, as well as potential difficulties in getting automotive manufacturers to collaborate on standards for the connection between the vehicle and road they are proposing.”

Bloomberg reports that it would cost US$295 billion to rebuild all 164,000 miles of the U.S. federal highway system using the Jones’ technology. As a point of comparison, U.S. transportation professionals routinely describe reconstruction of the U.S. Interstate system as a trillion-dollar undertaking.