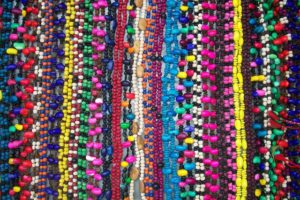 Mexico’s development of a natural “wind tunnel” between the Atlantic and Pacific for power generation is injuring indigenous communities and damaging the environment, critics say.

Mexico has set a goal of generating 25 gigawatts of clean energy by 2024. Resource mapping has identified as much as 2.6 GW of wind potential in a corridor across the 200-kilometre Tehuantepec Isthmus in southern Mexico, where air flows from the Pacific to the Gulf of Mexico.

However, where turbines have already been built, Indigenous communities say traditional lifestyles have been negatively affected, Earth Journalism Network reports.

“Before, I could hear all the animals living in the areas. Through their songs and sounds, I knew when it was going to rain or when it was the best time to plant,” said one local farmer. “Now, though, it seems the animals have left due to the wind turbines.”

Most of the prime wind sites are in the state of Oaxaca, a rugged region where resistance against central government has deep roots, and opposition to oil and mineral extraction has often been met with violence.