‘Clean Talk’ from Canada Means Next Energy Export Will Be Green 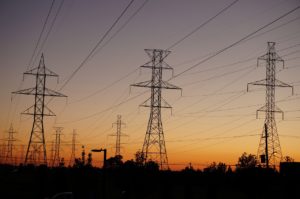 “While Canada’s former federal government was pushing pipelines, the Obama administration presided over a 20-fold increase in solar power—with the result that the solar sector has created jobs at 10 times the national average,” Demerse wrote in a guest post on iPolitics. “Similarly, sunny Mexico is well on its way to being a clean energy powerhouse, with over US$4 billion invested in 2015—more than double the previous year’s investment.”

Canada was out of step until recently. But when U.S. President Barack Obama rejected the Keystone XL pipeline last year, “the new Trudeau government’s response pivoted straight to cleaner energy, stating that Canada will work with ‘like-minded countries to combat climate change, adapt to its impacts, and create the clean jobs of tomorrow,’” Demerse writes. “In other words: We hear you, and we’re going to start talking clean.”

The value of wind, water, and solar-electric exports to the U.S. “should come naturally to an MP from the hydro powerhouse of Manitoba” like Natural Resources Minister Jim Carr, she adds. “Analysis from the respected North American Electric Reliability Council suggests that Canada could triple its exports to the U.S. as the Clean Power Plan takes full effect in 2030.” But “seizing this opportunity depends on cooperation between North America’s leaders,” without which state governments might opt to “buy local” to meet their CPP obligations.