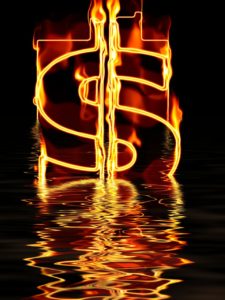 Oil prices could average about US$50 per barrel over the next decade, pointing to a “fundamentally different” market structure that would shift the viability of many fossil projects, according to the CEO of respected global energy trading firm Vitol Group BV.

“You have to believe there is a possibility that you will not necessarily go back above $100, you know, ever,” Ian Taylor told Bloomberg. “We really do imagine a band” in the range of $40 to $60 to barrel, and “I can see that band lasting for five to 10 years.”

Taylor’s forecast “would mean oil-rich countries and the energy industry would face the longest stretch of low prices since the 1986-1999 period, when crude mostly traded between $10 and $20 a barrel,” Bloomberg notes. The analysis attributes sustained low prices to slower economic growth in China, coupled with output from the U.S. shale industry putting a cap on any significant price increases.

“Vitol trades more than five million barrels a day of crude and refined products—enough to cover the needs of Germany, France and Spain together—and its views are closely followed in the oil industry,” Blas and Chilcote note.

On a more immediate time scale, oil closed at US$27.94 per barrel Tuesday afternoon, after the International Energy Agency reported that fossil producers are pumping two million barrels per day more than the market can absorb. “With the market already awash in oil, it is very hard to see how oil prices can rise significantly in the short term,” the agency noted. Traders were also watching faltering negotiations among oil-producing countries—including Saudi Arabia, Venezuela, and Russia—seeking an elusive deal to coordinate and limit their output.

“It’s pretty clear that Saudi Arabia means to stand by its policy to maintain market share,” Tradition Energy analyst Gene McGillian, told the Globe and Mail. “And there is very robust production still in North America.”

The Globe reports that low prices are putting pressure on North American producers to “further slash capital spending to reflect depressed revenues, as analysts paint a bleak picture of coming distressed asset sales and looming bankruptcies.” The Financial Post, meanwhile, has Canadian companies selling off the “jewels in the crown,” with Husky Energy Inc., MEG Energy Corporation, and Pengrowth Energy Corporation “selling assets or slowing light and conventional oil exploration and production, even as they forge ahead with oilsands projects that are in many cases bleeding money on every barrel.”

The Post explains the strategy is based on the expectation that oil prices will eventually recover. “Although the move to support higher-cost production seems counterintuitive, oilsands companies take a longer-term view that shutting plants in Alberta would be very expensive and risk permanently damaging carefully engineered reservoirs, underground deposits of millions of barrels of tarry bitumen,” according to a Reuters dispatch. “It is easier, and cheaper, to shut down and later restart conventional wells.”