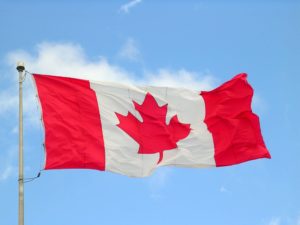 The International Monetary Fund is estimating Canada’s fossil fuel subsidies at $46.4 billion per year, far more than the $5.2 billion in subsidies and public finance calculated by Oil Change International and the Overseas Development Institute in a report released ahead of the UN climate summit in Paris last fall.

The big gap reflects the IMF’s method of calculation that includes uncollected taxes and externalized costs, as well as direct support.

“To be clear, the IMF is including all untaxed externalized costs of energy use under their definition of subsidies,” The Tyee reports. “The figures flagged for Canada still include $1.4 billion in direct ‘pre-tax’ subsidies— the kind of direct public giveaways that [Prime Minister Justin] Trudeau campaigned to eliminate.” (Editor’s Note: Oil Change and ODI put that total at $2.7 billion.)

“The remaining $44.6 billion is in the form of externalized costs to society from dirty and dangerous fossil fuels— things like air pollution, traffic congestion, and climate change.”

The IMF calculates that “Canadian carbon-based fuels should be taxed an additional $17.2 billion annually to compensate for climate change, $6 billion for air pollution, $14.9 billion for traffic congestion, and $2.1 for traffic accidents,” Anderson writes.

“Tacking on another $3.5 billion for uncollected value-added taxes, $880 million for road damage, and of course the $1.4 billion in direct subsidies, we arrive at almost $50 billion annually that could help transition to a greener economy.”

As Anderson writes, “that’s a lot of subway.”