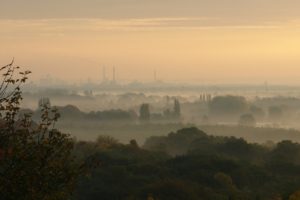 The country’s coal imports fell 30% last year to the lowest level in four years, Bloomberg reports. “China will cut coal’s share of its energy consumption to 62.6% this year, from 64.4% last year, and will suspend the approval of new mines starting this year,” Shen writes, citing the Xinhua News Agency. “The country will also close more than 1,000 coal mines in 2016, eliminating 60 million metric tons of unneeded capacity.”

“Using less electricity is good, but with ever-more renewable energy installed, the diversification away from coal-fired power generation is accentuated,” said Tim Buckley of the Cleveland-based Institute for Energy Economics and Financial Analysis. “China will maintain a total of wind, solar, hydro, and nuclear installs at a combined 60 to 70 gigawatts per annum for the next decade, meaning coal used for coal-fired power generation will actually decline each year in absolute terms.”