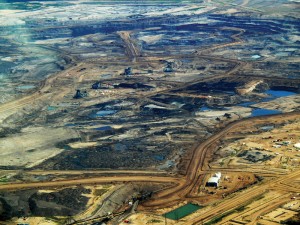 “We believe it is important and, in fact, essential to rebuild Canadians’ trust in our environmental assessment processes,” McKenna told media. “We need to take into account the views and concerns of Canadians, respect the rights and interests of Indigenous peoples, and support our natural resources sector.”

“If we’re going to attract the investments we need to sustainably develop our energy resources, we have to better engage Canadians, conduct deeper consultations with Indigenous peoples, and base decisions on science, facts, and evidence,” Carr added.

The announcement translates into a four-month delay for the government’s decision on Kinder Morgan’s Trans Mountain expansion proposal and a six-month delay for review of TransCanada’s Energy East pipeline. Carr will also appoint three new members to the National Energy Board to take part in the Energy East review.

Ottawa attached five guiding principles to future project reviews. “No project proponent will be asked to return to the starting line,” according to the federal statement, but “decisions will be based on science, traditional knowledge of Indigenous peoples, and other relevant evidence.” The views of the public and affected communities “will be sought and considered,” Indigenous peoples will be “meaningfully consulted” and their rights and interests accommodated, and “direct and upstream greenhouse gas emissions linked to the projects under review will be assessed.”

The announcement comes “in the midst of an acrimonious debate between environmentalists and oil industry advocates that has spilled into a nasty war of words between different regions in Canada,” the National Observer reports. “Environmentalists have said the existing process is rigged and putting the public at risk, while industry advocates have defended their environmental performance while arguing that their projects are needed to create jobs and growth.”

Environmental Defence Climate and Energy Program Manager Adam Scott welcomed the announcement but said it “doesn’t make sense” to include Energy East in the interim review process. “The adoption of a new climate test is significant,” he said. But “the NEB hasn’t yet deemed the Energy East application complete; the review has not begun. If the transitional process is just for projects under review, it shouldn’t apply to Energy East.”

Scott and Sierra Club Canada Foundation Executive Director Diane Beckett both said the climate test must be interpreted according to the country’s commitment to a 1.5°C limit on average global warming during last month’s United Nations climate summit in Paris.

Beckett called the new principles “an important reality check for pipelines and other energy megaprojects.” She added that “getting clarity on what is and is not acceptable in hydrocarbon development in Canada is also the first step in diversifying the country’s resource economy and ensuring a fair, smooth transition for people who work in the fossil fuel industries.