Methane Leak Risk at Porter Ranch Was No Surprise to Industry 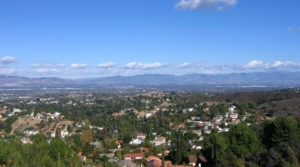 Oil and gas industry experts have known for years that underground natural gas storage could lead to a methane leak on the scale of the Porter Ranch disaster, Canadian journalist Andrew Nikiforuk reported last week.

Meanwhile, air quality analysis indicates pollutants from the facility may have spread up to 10 miles through California’s San Fernando Valley. The exposure is causing nausea, vomiting, headaches, and respiratory problems, prompting a local city councilman to call for housing relief for residents of nearby Granada Hills, Chatsworth, and Northridge.

Yet the three months (and counting) of methane exposure should come as no surprise to engineers and consultants who read an industry textbook entitled Gas Migration.

“The experts explain that gas stored in abandoned oil fields can be over-pressured by repeated gas injection, which in turn creates vertical fractures in rock and thereby increases the risk of leaks to the surface,” Nikiforuk writes. “Major leaks from underground gas storage sites have caused explosions, groundwater contamination, and lawsuits in Kansas, Texas, California, and Colorado.”

On Friday, the Calgary-based Pembina Institute cited the Porter Ranch leak to make the case for tighter methane controls in Canada, pointing to affordable solutions that would cut emissions 45% for less than $3 per tonne.

“While the Aliso Canyon disaster has rightly been grabbing headlines, it’s a timely reminder of the much larger volumes of methane that are regularly released from all oil and gas operations—including those in Canada,” Pembina notes. “Oil and gas methane emissions in Canada totalled 81.9 million tonnes in 2013,” spread across thousands of sources in British Columbia, Alberta, and Saskatchewan.