Small Renewables Fit Well in the Grid of the Future 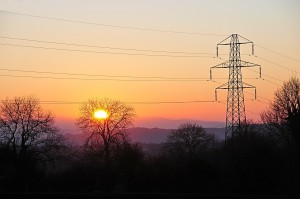 Persistent worries that renewable energy on the grid will limit its own economic success by suppressing wholesale energy prices miss the fundamental changes sweeping electricity models, a team of authors from the Rocky Mountain Institute argue in a post last week on Greentech Media.

“These critiques, assuming a static grid and unchanging market mechanisms, can be used to make any innovation look bad,” write Dyson, Mandel, and Lovins. “However, more integrative assessments of a least-cost, clean, and reliable power system of the future will factor in high fractions of variable renewables, along with more efficient markets (and usage) and new technologies to integrate these resources, seamlessly and resiliently.”

The argument against renewables is that their power output is variable, but will still drive down prices by creating excess demand during the times of day when their production is high—thereby cutting into the prices and revenues available to higher-cost producers like gas-fired power plants that are needed to balance the system.

“This impact has been particularly dramatic in Europe, where generation from costly-to-run thermal plants during the daily solar peak was formerly very profitable for fossil generation owners,” the RMI team writes. Solar electricity “has decreased energy prices so much there that the top 10 EU utilities lost half their market capitalization.”

The assumption is that if renewable energy producers lose revenue, as well, they’ll become victims of their own success while they still supply a relatively small share of total demand.

Dyson, Mandel, and Lovins argue that analysis only looks at half the picture. With solar, wind, and natural gas all entering the market, and old, dirty power plants leaving the system due to the high cost of compliance or upgrades, prices and profits will be restored for renewables and the remaining fossil generators—“unless demand drops, too, as it’s doing in the industrialized world.”

With utilities and consumers learning to control demand by time of day, and batteries adding flexibility to renewable supplies, the grid of the future will have more complicated dynamics than the critics of renewable generation might assume.

“With this perspective in mind, the characteristics of renewable energy that have caused so much hand-wringing—variable output and near-zero marginal costs of production—simply add to the list of design considerations for a market design that rewards efficient investment,” the RMI team writes. “Given supply diversity, demand flexibility, and emerging technologies like storage, variable renewables are unlikely to face any practical limit to growth even under current grid paradigms and market structures.”