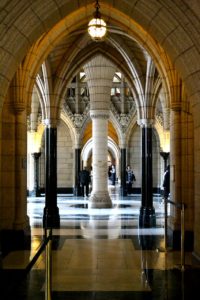 The lack of a federal mechanism to support renewable energy deployment is a carry-over from the Stephen Harper era that distinguishes Canada from the United States and most other large greenhouse gas emitters, climate policy specialist Chris McDermott wrote last week in a post on Renewable Energy World.

“For the U.S. renewables industry, the last decade has been a fete like no other. Installed capacity of wind generation grew six-fold and solar photovoltaics seventy-fold,” driven in large part by tax credits that received extensions in a budget deal that cleared Congress late last year. But “the Canadian government decided not to join the festivities.” The national renewable energy associations show little interest in lobbying for federal incentives—partly, McDermott says, because Canadian electricity regulations favour large, integrated power utilities that are loathe to lobby for technologies that fall outside their core business as they define it.

“Whatever the reason, silence is bound to result in disappointment,” McDermott writes. “As Washington spends billions of dollars on renewables deployment for carbon reductions today, will Canada’s wait-and-see cleantech strategy be tolerated in a post-Paris world, where nations continually size up the actions of their neighbours? Likely not.”

By contrast, the U.S. experience shows that “federal support can leverage state resources through the expanding number of states and their municipalities with programs and incentives,” he notes. “And there’s jobs. Given its slowing economy, Canada should recall that renewable energy deployment was a successful part of America’s stimulus and job creation efforts to recover from the recession of 2008 and 2009.”