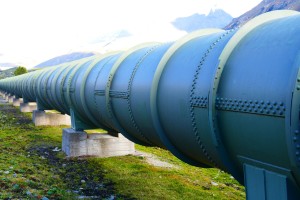 Reaction to the announcement was swift, with climate hawks, landowners, and Indigenous groups declaring it a mix of a temper tantrum and bullying.

“The idea that some trade agreement should force us to overheat the planet’s atmosphere is, quite simply, insane,” said 350.org co-founder Bill McKibben. “But the oil industry is so used to always winning that I fear this kind of tantrum is predictable. Corporate power is truly out of control.”

Dallas Goldtooth of the Minnesota-based Indigenous Environmental Network called the NAFTA challenge an act of desperation. “TransCanada has already lost the battle to get this dirty tar sands pipeline built,” he said. “It is merely a desperate measure to have U.S. taxpayers pick up the tab on their failed investment.”