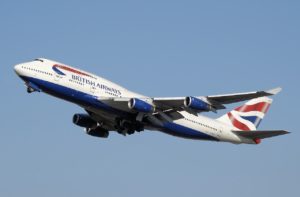 British Airways is looking for a new fuel supplier in what would have been  a £340-million effort to convert 575,000 tonnes of household waste into 16 million gallons of aviation fuel per year, partly for lack of subsidy support from the UK government.

Other factors weighing against the project included low oil prices and “jitters among investors,” The Guardian reports.

The airline’s supplier, Washington, DC-based Solena Fuels, declared bankruptcy last fall, and “BA has now switched its attention to other waste-to-fuels firms where joint projects are thought to be at the due diligence stage,” Neslen writes.

BA’s comments this week focused on inconsistencies in UK policy and funding. “The government needs to support innovative aviation biofuels projects such as this if they are to progress,” said BA spokesperson Cathy West. “Aviation fuels are not eligible for incentives that road transport fuels receive, making it difficult to build a business case to invest in UK aviation fuels projects. This affects investor confidence.”

“Things could have been done on the policy side here to help these plants get built, which were not done,” agreed Chris Malins, fuels programme manager of the International Council for Clean Transportation. “Investments won’t go to alternative aviation fuels without policy certainty and access to the same incentives as road diesel.”

Shadow transport minister Richard Burden of the opposition Labour Party said the Cameron government “has questions to answer on why it is not looking to support the industry’s innovative attempts to recycle waste to use as fuel.”

BA’s Green Sky project “was due to open in 2017 at an ex-oil refinery in Thurrock, Essex,” The Guardian notes. “Enough green fuel would have been produced to power all BA’s yearly flights from London City airport twice over, with carbon savings equivalent to taking 150,000 cars off the road.” (h/t to InsideClimate News for pointing us to this story)