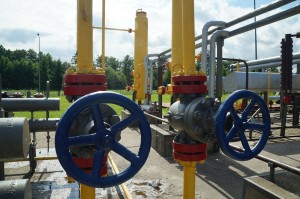 British Columbia is running out of time on its promise to deliver significant investment in an emerging liquefied natural gas (LNG) industry, according to Energy Services B.C., the association that speaks for oil and gas contractors and service providers.

“We really need it in 2016. We need to know the answer and move ahead,” said ESBC Executive Director Art Jarvis.

“The B.C. government has made no secret of its intentions to back major LNG projects, saying the investment will yield money to pay back the province’s debt and tens of thousands of jobs,” CBC reports. “But skeptics have continually criticized the government for falling behind on its plans to grow the province’s LNG sector.”

Jarvis said the industry faced a “triple whammy” in 2015, including profit cuts of up to 20%, fewer projects, and more competition for jobs from out-of-province workers. “What that means is less income to the communities, less income to the province, and of course, [it’s] pretty tough to be sustainable,” he said.

And now, he told CBC, global LNG prices are falling while production costs increase. “When you look at the sale price for natural gas internationally and the cost to develop it regionally, those are fast coming parallel to each other. And if they ever get that way, they’re close enough that it makes it more difficult.”

On The Tyee, meanwhile, Seth Klein of the Canadian Centre for Policy Alternatives argues that the carbon commitments in the Paris Agreement will affect LNG as decisively as other forms of fossil fuel development.

“Given our new international commitment to keep global temperature rise to no more than 1.5° over pre-industrial levels, it makes no sense to invest in new tar sands infrastructure,” he writes. “This same logic is equally true with respect to British Columbia’s dirty fossil fuel development, namely, fracked gas and new liquefied natural gas infrastructure.”

That means it’s time for the Christy Clark government “to admit that its LNG project is over, and for the new federal government to clearly state that there is no room in our future for new fossil fuel development of this sort,” Klein concludes. So far, though, the Trudeau government is offering to extend Harper-era tax credits to the LNG industry, “a curious way to make real a commitment to ending fossil fuel subsidies.”